Skip to content
West Virginia Stuffed with Trout for the Holiday

Trout season is about to screech to a halt in West Virginia. On the heels of five months of aggressive trout stocking the West Virginia Division of Natural Resources is about to take their foot off the gas as lakes, rivers and streams begin to warm. Fortunately, there’s still time to cash in on excellent trout fishing this upcoming Memorial weekend. After spending several weeks filming in Mountaineer Country this spring we expect excellent action through the month of May and into mid-June.

West Virginia is rich when it comes to trout fishing waters. We were fortunate to film on more than a dozen of them in the last month or two. To say the trips were a success would be an understatement. We caught and released dozens of fish a day, which is a reflection of the state’s phenomenal trout fishing program. From what we are told stocking will be aggressive the week prior to Memorial weekend and lots of quality fish will be stocked. 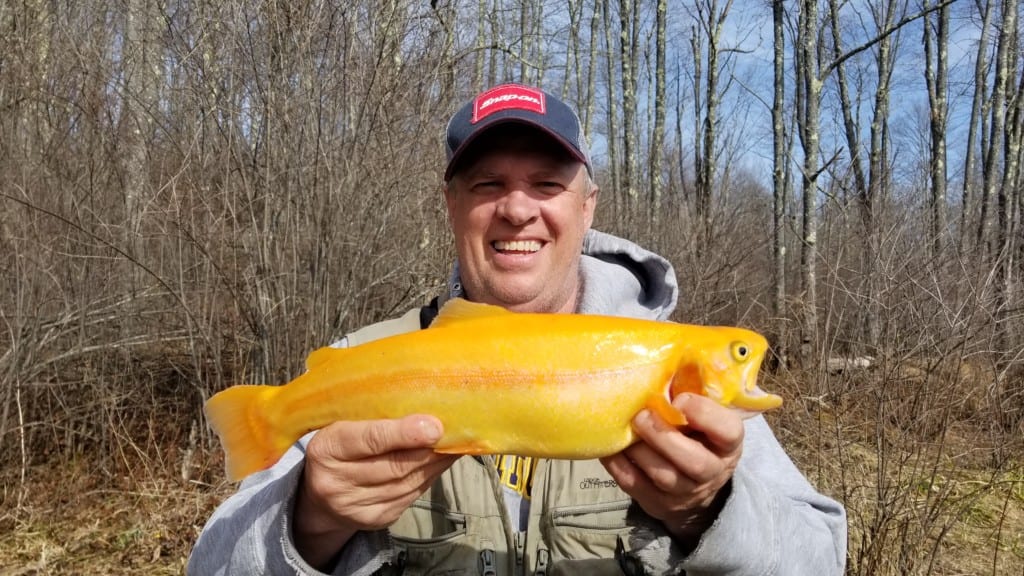 While fishing pressure was high nearly every day we fished during a three-week period this spring we never had a bad day. No matter where we wet a line there was a combination of rainbows, browns, brooks and golden rainbows available. We caught them from a pound on up to about four pounds. The highlight of our filming Pautzke Outdoors came at dusk on the Blackwater River when we hooked what appeared to be an eight-pound trout that jumped out of the water right in front of our cameras and snapped the line. Fortunately, we were told that a kid caught that fish in the same hole a few days later. 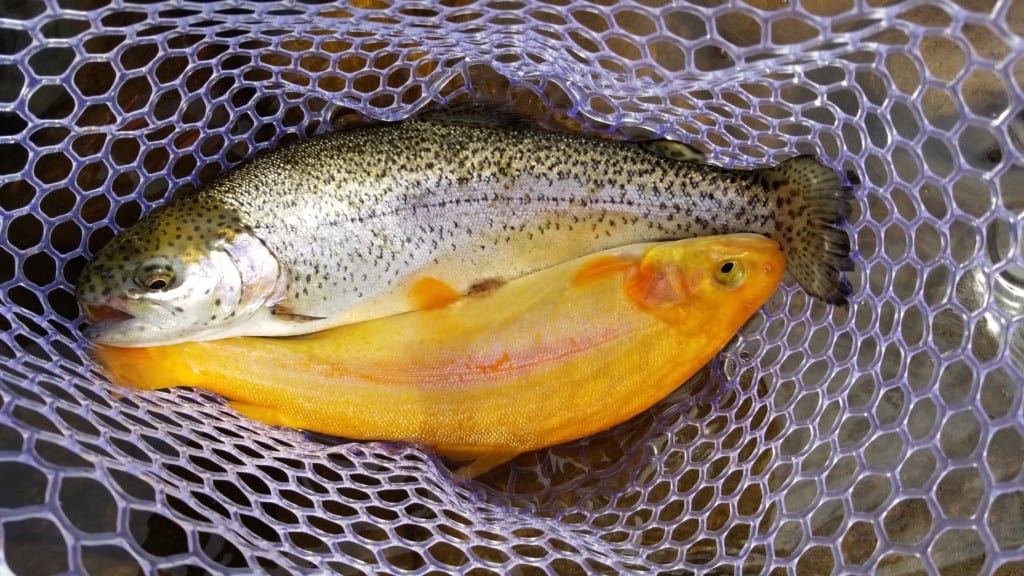 Below is a recap of the primary waters we filmed in and what we caught fish on there. Every one of these systems should fish very well the next two weeks. Water conditions are good and stocking has been more than favorable for excellent fishing.

*If you want to catch a golden rainbow trout try using Yellow Jacket salmon eggs. Regardless of what stream we went to this was the best bait to catch them. 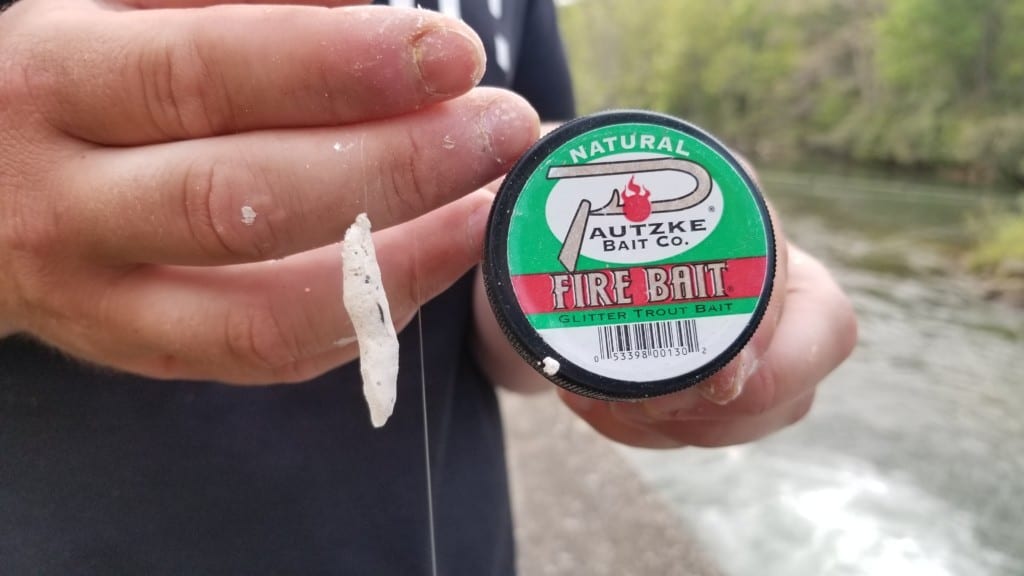 *The state stocks plenty of brown trout, but we only caught a handful over roughly three weeks while we were there. There’s a lot of brown trout still in the systems.

*Downsize. One of the most common mistakes we saw from anglers was using hooks and line that was too large. We recommend using size 10 to 14 hooks not the size 6 and 8 we saw many anglers using. Also, there’s no need for anything heavier than four-pound test. Many anglers that we talked to that we’re struggling were using 8 and 10 lb test. These are trout in clear water. The smaller you go the better chance you have of hooking the fish.

The brook trout fishing here was nothing short of incredible. We caught and released several dozen brook trout in a few hours. The key was staying away from the obvious areas where they stock. This means roadside pullouts, parking areas and picnic areas. Reason being, these are also the most heavily fished places. Walk away from these areas and look to cast behind large boulders, in slots and in deep pools. We used Peach Garlic and Natural Fire Bait with tremendous success.

Having filmed in West Virginia many times this was the first time we ever made it to the Glady Fork. We found trout scattered over a several mile section of water, but spent most of our time fishing in the campground areas amongst many other anglers. While we didn’t get time to walk past the lock gate into more remote areas that are stocked we did hear from many anglers that they found more success doing so because there is far less pressure there. Orange Deluxe, Natural Deluxe and Garlic Salmon Egg Fire Bait helped us catch and release easy limits here. The stretch of water we filmed at here was packed. There were at least 10 of us fishing a 50-yard section. 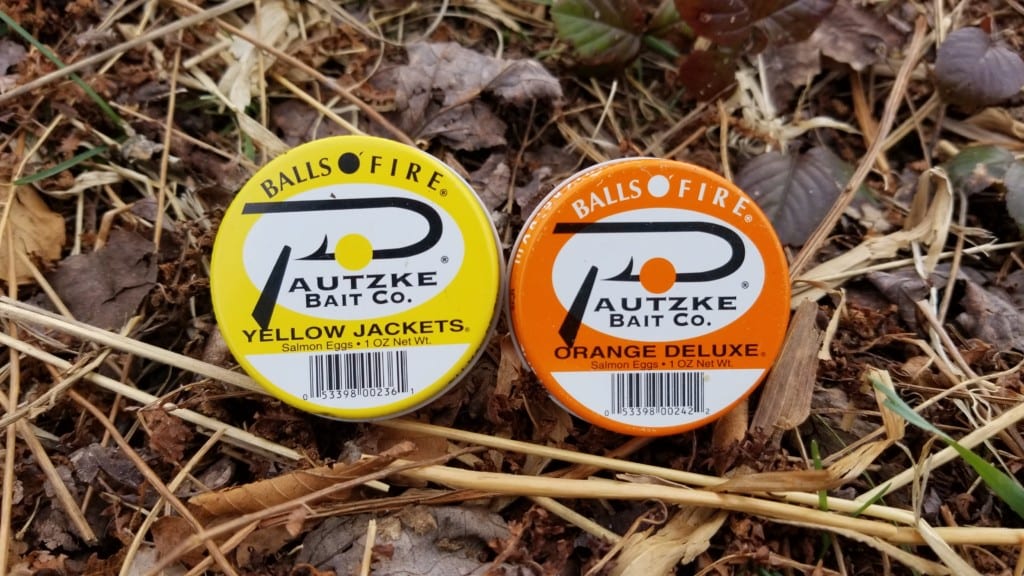 The Buckhannon River rail section has to be loaded with trout still. While we only fished near the start of the rail section we saw the WVDNR load their rail cars with big rainbow and brook trout and head away from the road. Most of the fish averaged two and a half to three pounds. We found a lot of success here, but also noticed that it was big water and not easy to fish due to lots of poison oak and ivy, snakes and briars everywhere. Our success came on Peach Garlic and Garlic Salmon Egg Fire Bait and Chartreuse Garlic salmon eggs. 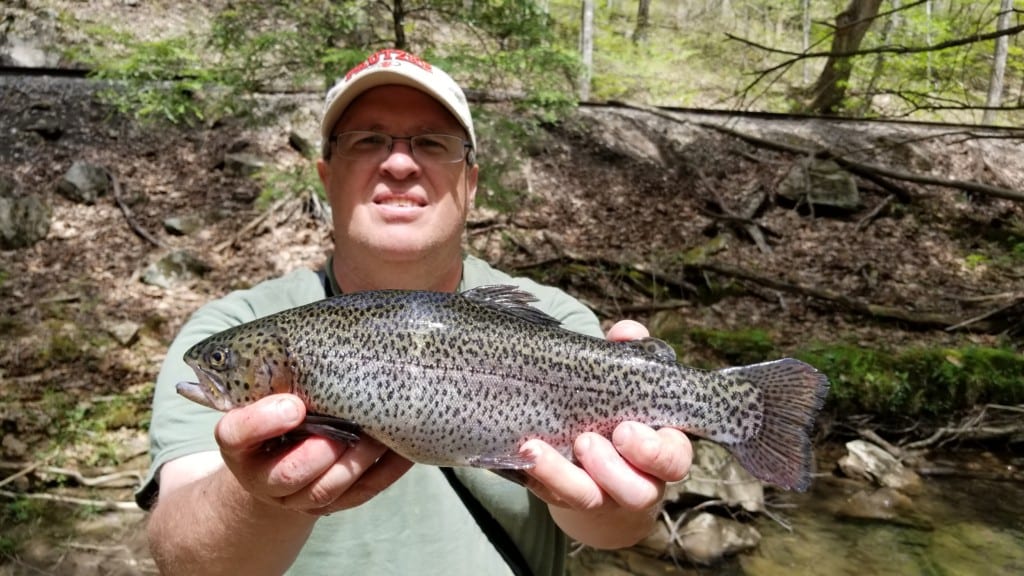 This section of water gets a ton of fish, but it is also one of the most heavily fished places we’ve been. We arrived on an announced stocking on a Friday and there were more than 20 cars following the stocking truck to their favorite hole. Unfortunately, it was a chore to find a hole that didn’t already have several angers in it. It appeared that everybody knew the truck was coming and they were camped out at their favorite location waiting for the fish to arrive. We waited for crowds to dissipate and then started to fish these highly pressured trout. Chartreuse Garlic salmon eggs and Silver Label were the hot baits.

Even weeks after Gold Rush we had tremendous success catching golden rainbows, as well as rainbows and brook trout. The area where handicap access is and the bridge hole continue to be loaded with trout along with the rest of the stocked section of the river. Weekly trout plants continue to replenish trout stocks. Orange Deluxe and Yellow Jackets literally produced an insane bite as you’ve seen on our videos.

It was the smallest stream we fished this year in West Virginia, but every one of us agreed that Laurel Creek was our favorite. The state does a great job stocking brook trout in and around the campgrounds and with so much rainfall this spring water levels were excellent. We caught and released dozens of brook trout on various colors of Fire Bait, but it’s important to come during the week that it is stocked. Because this place is small it gets fished out quicker than the other systems.

To be honest I would recommend avoiding this section of water and that’s not because we have friends that have cabins here. The amount of pressure on this section of water that only receives 400 trout a week is insane. We arrived here with a few friends on a midweek day and had trouble finding a place to park. Most of the anglers were locals from surrounding cities, but there were dozens of them fishing above and below the bridge. We found tremendous success on Yellow Jackets, Orange Deluxe, and Natural Deluxe, but we had to walk away from parking areas to get bit.

This has to be one of the better trout fisheries in the greater Elkins region. We found a tremendous amount of fishing pressure here as always, but catching limits was still super easy. We focused on the area from the bridge above the hatchery on downstream for about a mile and found a tremendous amount of golden rainbows, brook trout and rainbows available. It wouldn’t be out of line to say that we caught and released dozens of fish in about two hours every time we came here. Yellow Jacket salmon eggs where the top producer, by far. Meanwhile, Orange Deluxe, Natural Deluxe and Chartreuse Garlic eggs caught plenty of fish as well. 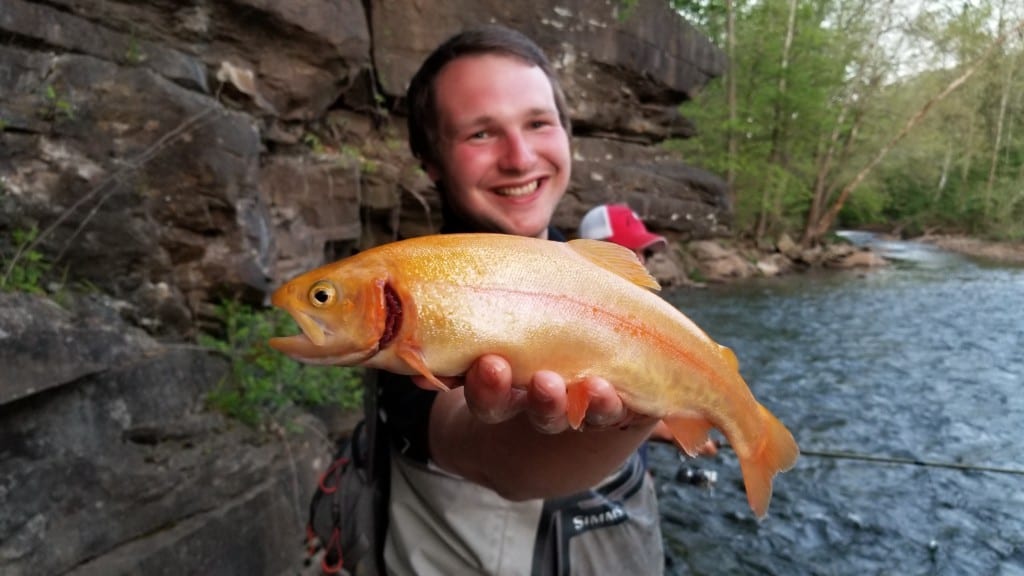 *Keep in mind every Walmart in West Virginia carries a wide selection of Pautzke products. If you are driving in from out of state Bass Pro and Cabelas has an even larger selection.