The Sacramento River is going to be better than expected for salmon this year. It’s no secret what the ocean fleet has been doing for months out of the Golden Gate and the majority of those fish are current making their return to the Sacramento River. With a mixture of two-and-three years olds, and believe it or not there are several four-year olds returning as well, we are going to have larger salmon this year.

I’m super excited about this season because not only do we have water, we have a great grade of fish in the system. I would expect solid fishing from August 12 through the end of the season, with September and October being peak months. What’s nice about having this much water on the Sacramento River this year is there’s opportunity for people to catch fish in more than 100 miles of water instead of being kegged up in one little area like we are in low water years. 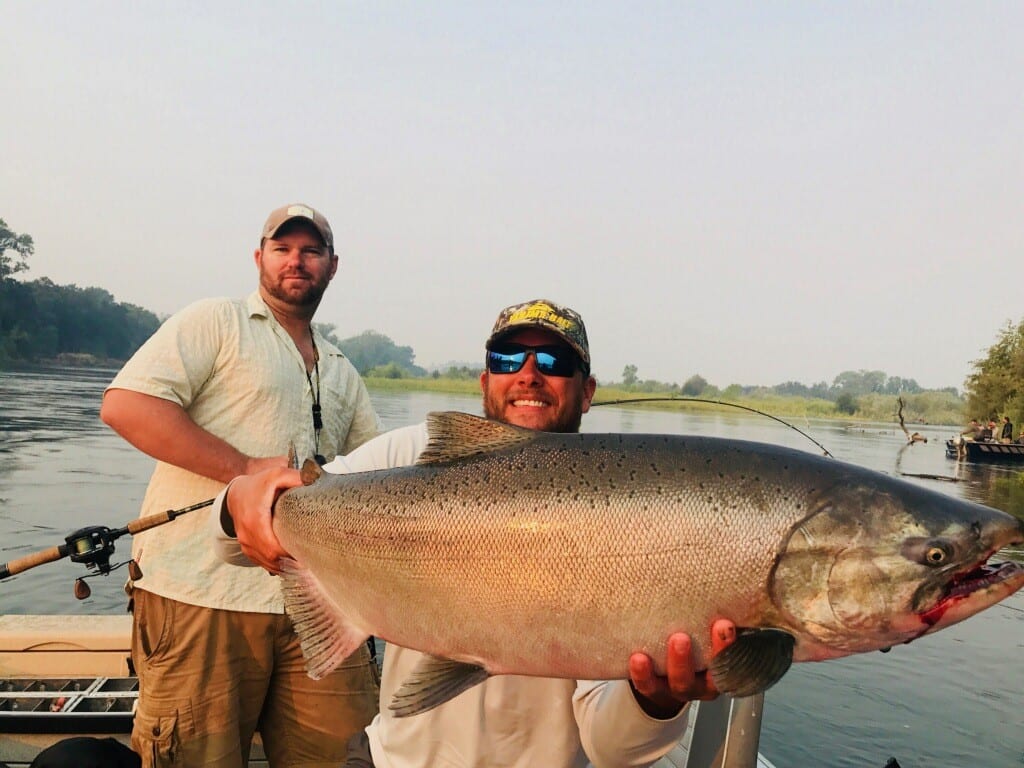 Right now the whole salmon grounds are open to fishing. Anglers are catching salmon from Rio Vista to Cottonwood. What’s unique about August is the salmon might not be as plentiful as they are in September and October, but we catch dime-bright, chrome fish that have just entered our system.

I often get asked when is the best time to fish with me and my personal answer is August. The fish aren’t as plentiful as they are later in the year, but the quality is next to none, especially on a year when we are only allowed to retain one king salmon. Don’t let the one fish limit deter you from targeting these salmon. They are plentiful and will continue to trickle in to a massive run in the Sacramento Valley. 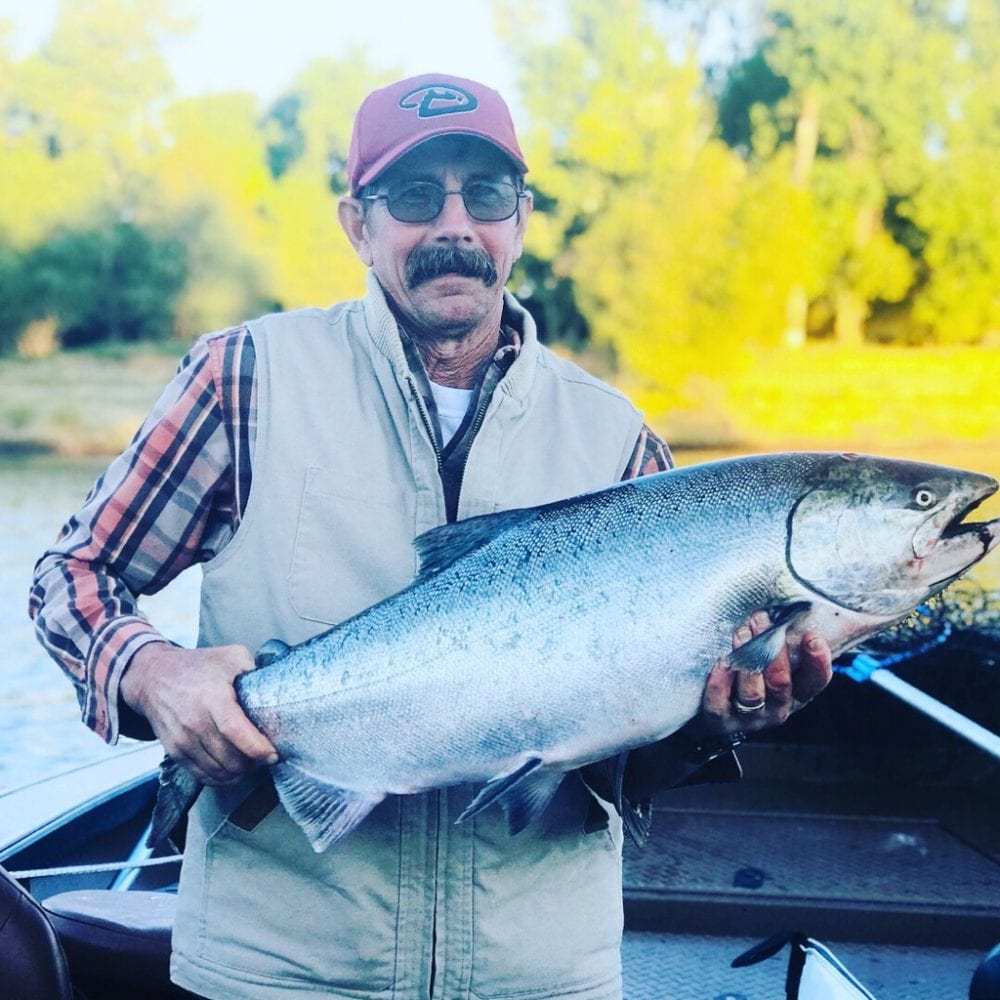 Unlike the majority of the fish being caught in the ocean the average fish in the river will go 18 pounds with fish being over 20 common. For example, I fished the Barge Hole opening day out of Cottonwood yesterday and caught one over 30 pounds and the rest were over the 20 pound mark. This is going to be a big fish year.

There’s many ways to catch salmon on the Sacramento River. In fact, last week I was fishing the Downtown Sacramento River area and catching my fish trolling Yakima spinners. However, as I move back north I’ll be running Red Fire Cure roe. The roe bite is going to be epic, especially when you are the first person to run eggs in front of these fresh fish. 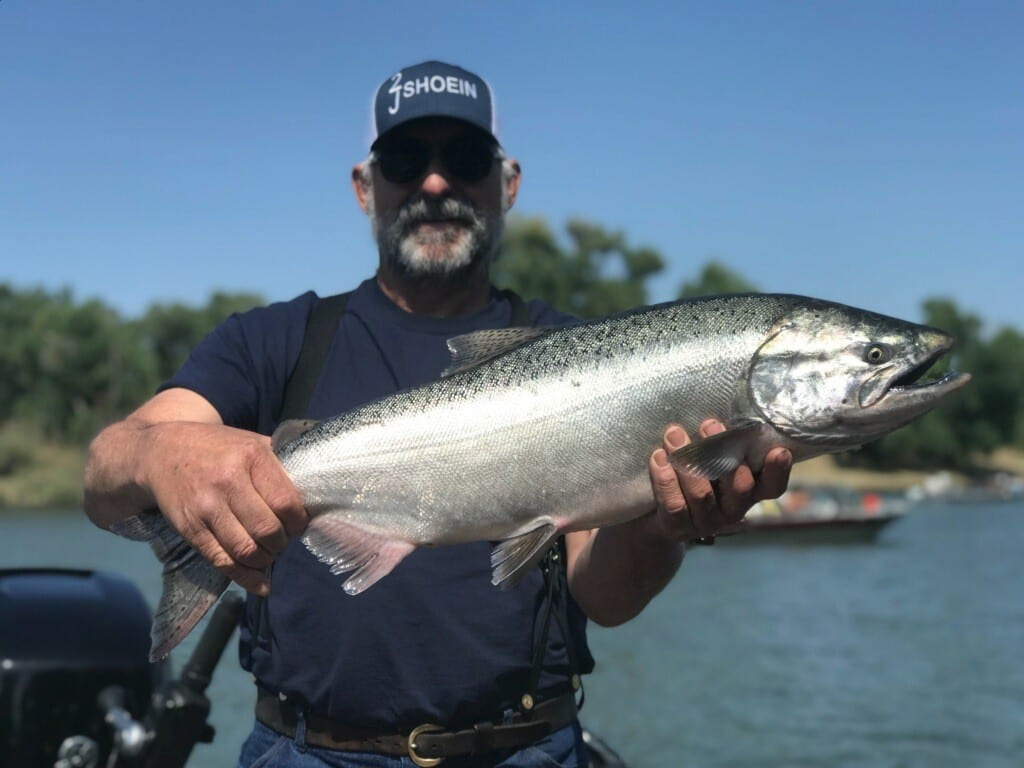 The salmon can’t resist roe. I’ll be fishing roe several different ways including back-bouncing, hover fishing and drift fishing for them. On a side note, with bait I typically try to use my best, freshest eggs when hover fishing and back bouncing. You don’t need your best eggs when drift fishing because the salmon don’t have as much time to analyze. Not only do I find the color red is the best for eggs on the Sac, but adding krill to them in a necessity here. I get asked often why the color of salmon meat is orange. The answer is simple: krill. These salmon eat a lot of krill in the ocean. That’s why I cake my roe in powder krill (Fire Power). These salmon are krill eaters, big time. 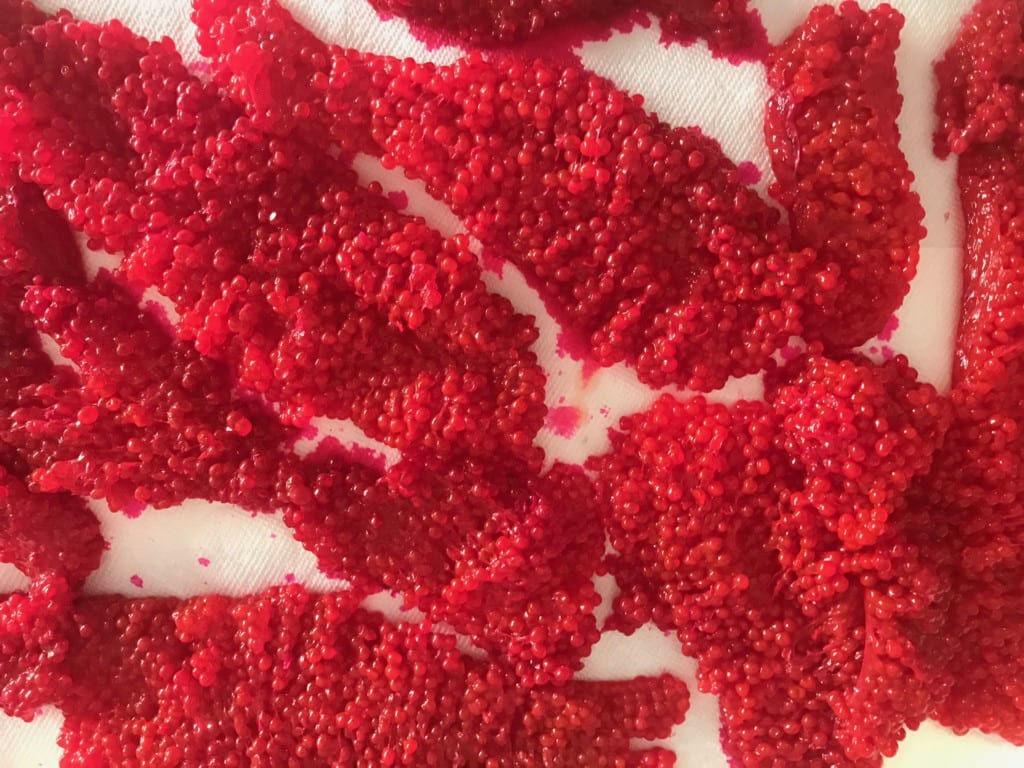