Spring Chinook have finally arrived in decent numbers in Idaho. The Lower Clearwater River has been open since April 28, but we’ve been fighting spring runoff and poor water conditions for a month. Fortunately, conditions have improved. The water is in great shape and anglers are catching springers now.

I caught several springers this past weekend in the Lower Clearwater River with Fire Brine herring. Prior to this weekend the river was too turbulent to herring. It wouldn’t stay on the hook. There was too much debris in the water to run them. However, for the remainder of the springer season herring will be in go-to bait in the lower river.

Because of high pressure it’s vital to have quality herring. Sunday there was 37 boats fishing amongst each other. Usually, there’s a lot more than that, but graduations and other events kept participation light. This weekend we will probably see up to 100 boats trying to catch springers. Most of the springers we’ve been catching are running 8-10 pounds, which is what we should expect the rest of the season. On the other hand, 20-pound fish will be caught daily. 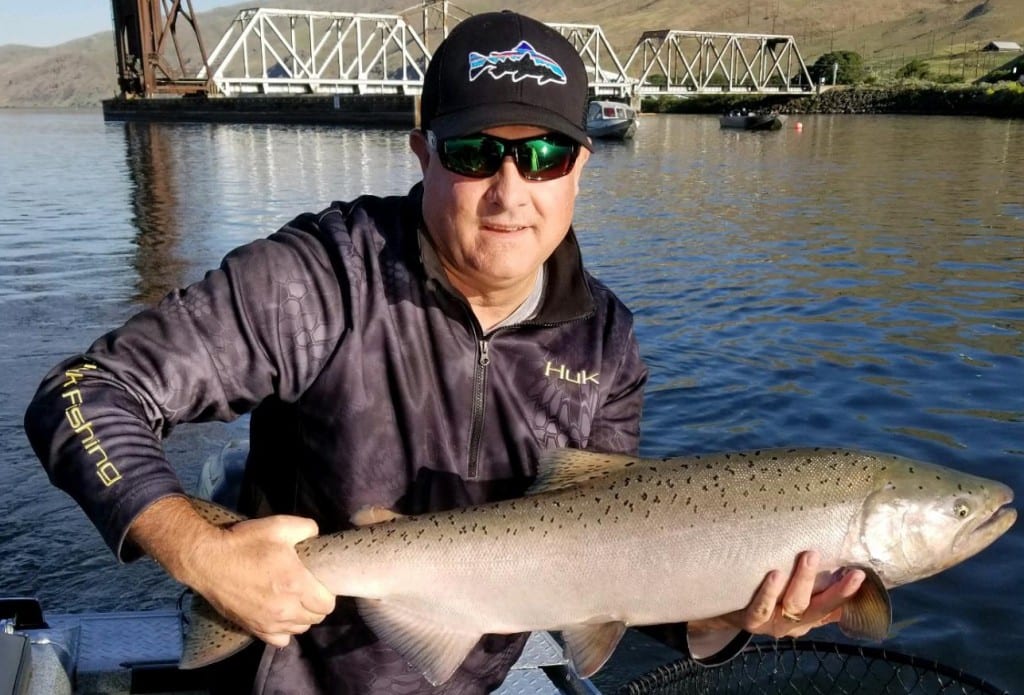 I’m using brined herring because it firms the bait, gives it UV color (which is big in our off colored water) and makes it more visible to the salmon. As I mentioned prior, brined bait is vital. We can’t get ocean fresh herring in Idaho. Therefore, we need to use the best herring we can find. Fire Brine enhances frozen herring, which is why we use it daily.

If the water were clear I’d use Natural Fire Brine. However, Blue and Chartreuse Fire Brine are best for our current conditions because of the off colored water. This water isn’t going to become gin clear in the remainder of our season. There’s still snow in the mountains that will melt and keep our water dirty. 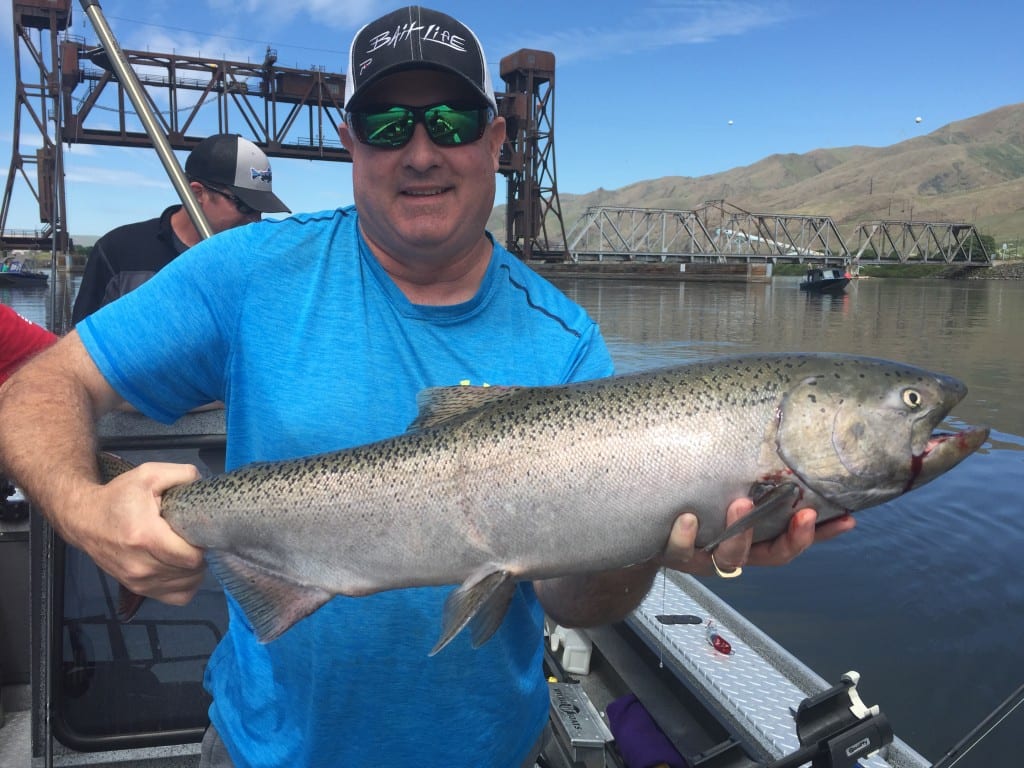 Brining herring couldn’t be easier. Here’s the process I use to catch springers on the Lower Clearwater.

The Too Easy Brine 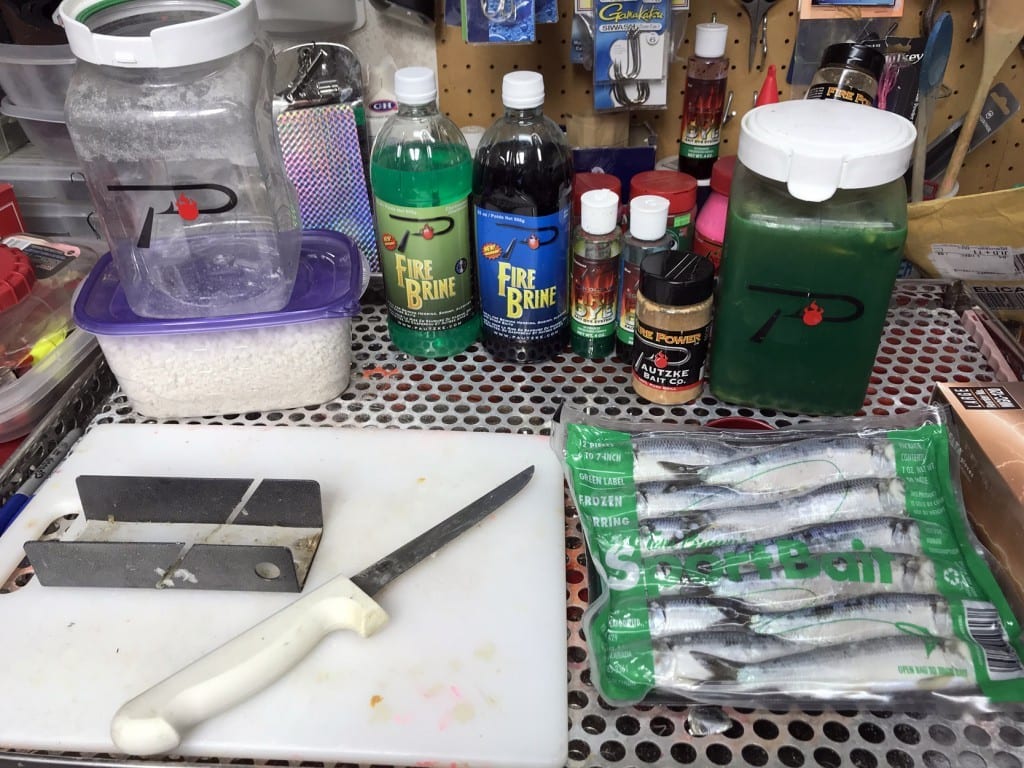 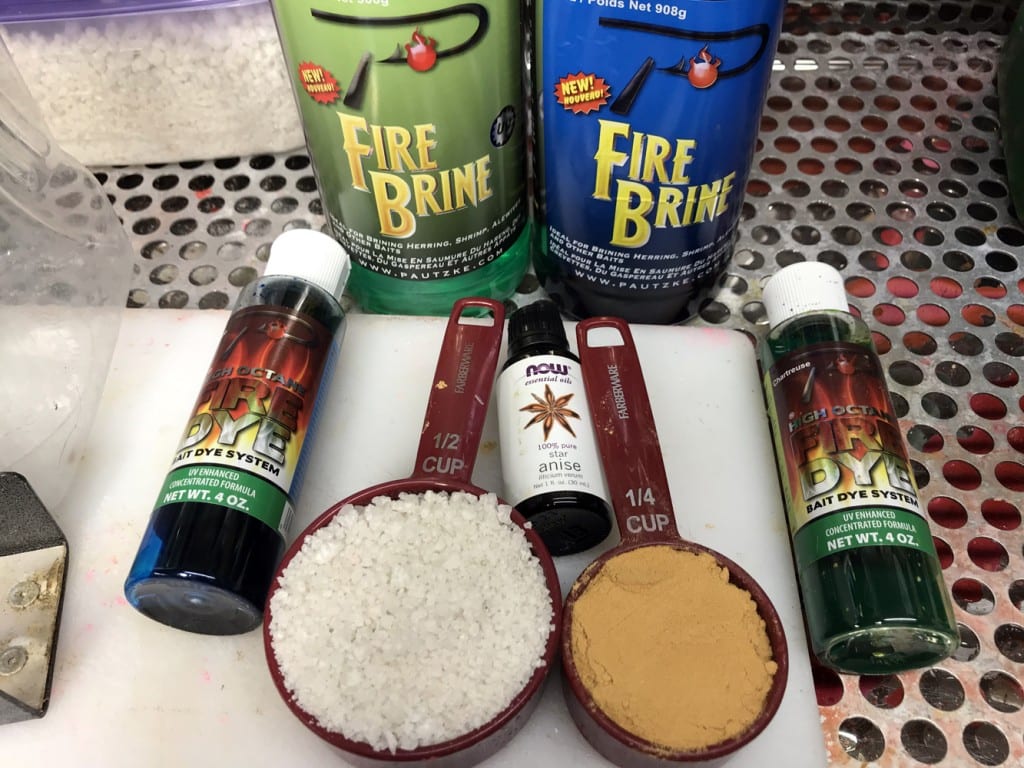 *I use a quarter bottle of Fire Dye because I want my baits to glow in the water. They need to stand out against all the other baits being run.

*Fire Power (pure krill powder) is critical because salmon love krill. The more krill, the better. If you use the Fire Power at this point in the process it mixes well with your brine and also permeates into the meat of the baits. 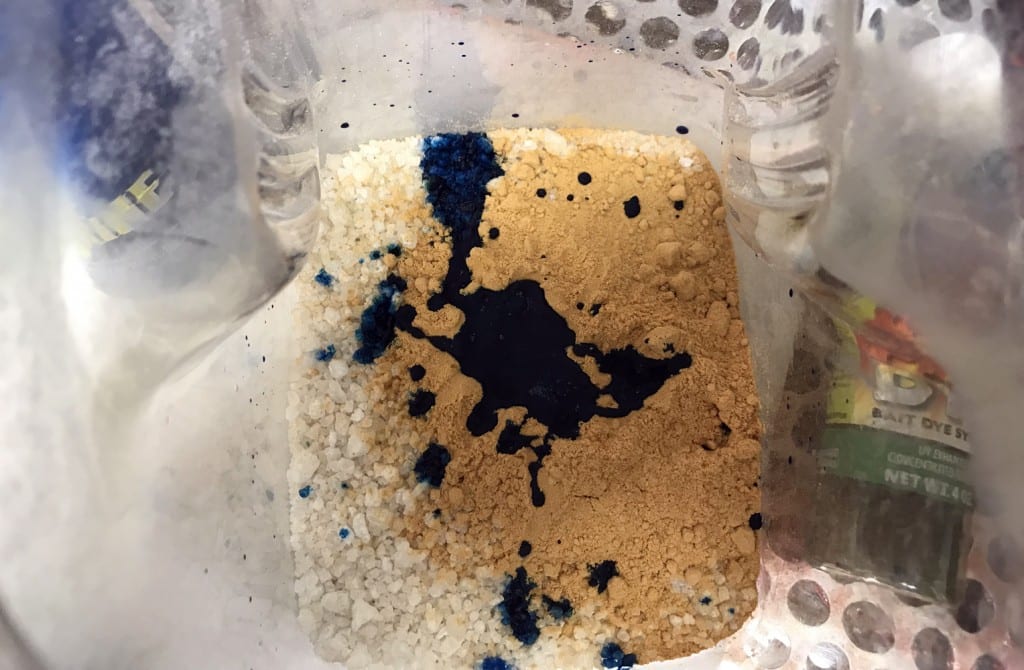 Mix it. It’s important for everything to break down. This mixture needs to be a slurry and not clumped.

Cut plug the herring. This step is self-explanatory. On the east side we’ve all used cut plug herring. 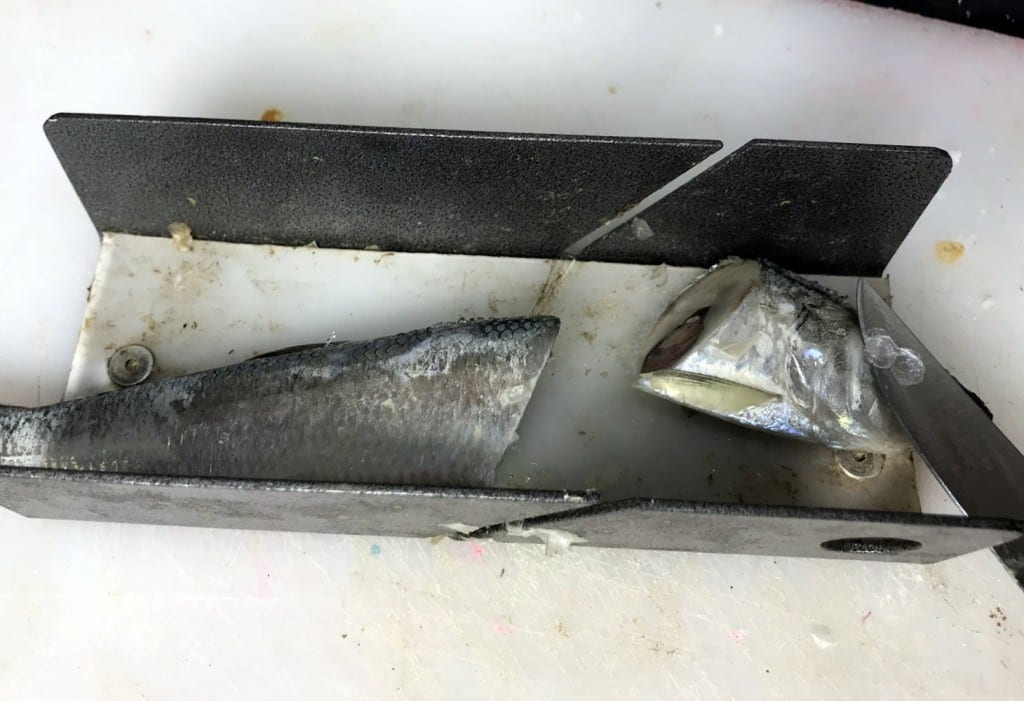 One cut plugged place the herring in the brine. We want the meat of the herring to absorb the salts, color and the scent of the Fire Power. Always let them sit in the brine for at least 12 hours. After 12 hours they are ready to fish.

*Keep the herring as cold as possible. If they get warm the herring will break down. Keep in mind with this recipe there is a lot of salt involved, which is good because you can keep the baits cold without risking them freezing.

Seasons: The Lower Clearwater is open Thursday through Sunday. Make sure to check Idaho regulations prior to fishing. They can change frequently.