Steelhead fishing has been challenging this year in the greater Tillamook area. Unfortunately, we’ve had to deal with snow, freezing cold, east winds and flooding. To be honest, I haven’t been on the water much because conditions haven’t allowed. We’ve had clients daily, but had to cancel trips due to harsh conditions. Meanwhile, looking on the horizon I’m expecting things to change.

We are coming into the end of January and normally February and March is the peak of our run. After this flood I’m expecting to see a bunch of steelhead come through. I went out Thursday and the river was way too high and muddy to fish. Even Tillamook Bay is muddy. On the other hand, we’re expecting the rivers around here to recede and become fishable as early as tomorrow. There’s just a lot of water around here right now. 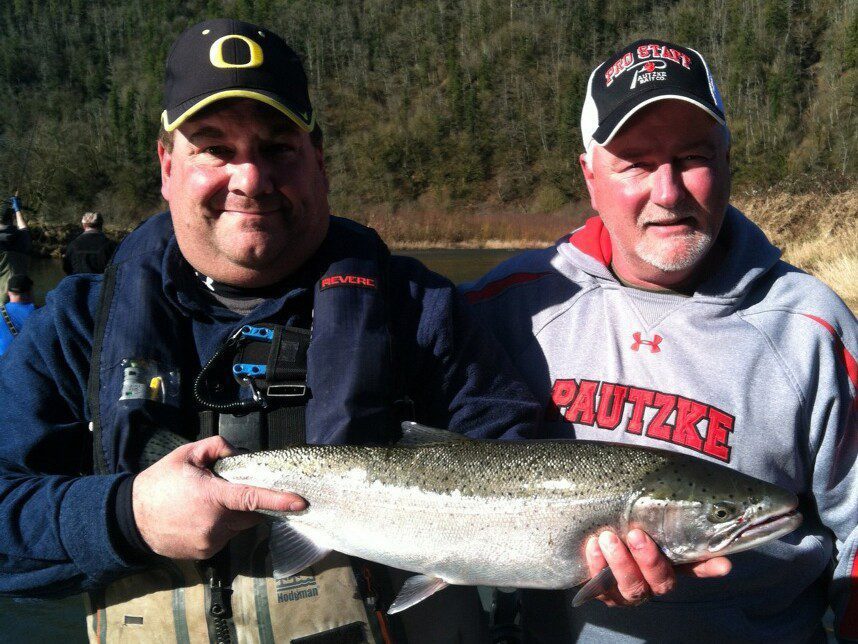 All the rivers on the North Coast of Oregon are going to see a lot of fish come through. The rivers are dropping now. I’ve been watching the forecast and starting today (Sunday) the rain is expected to taper off. If you look at the graph on the rivers it shows them all dropping this week, which will enable us to get back on the water and tie into some bright steelhead. 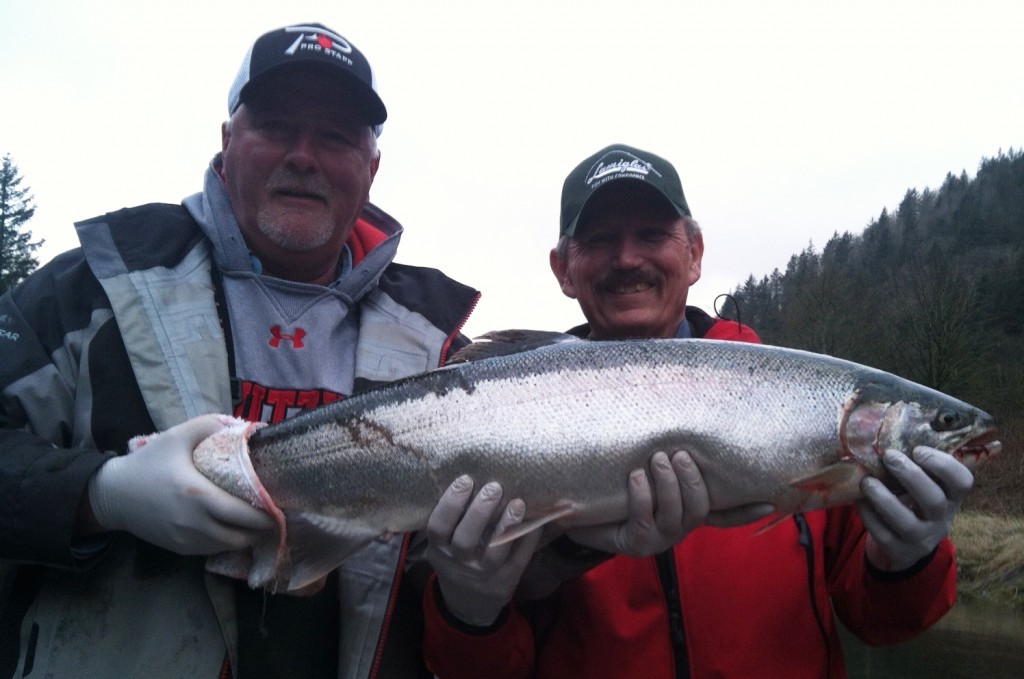 Historically, our largest fish arrive from mid February through March, but I think we’ll start to see quality steelhead migrate in as the rivers fall. Regardless of where you fish on the North Coast multiple hookups a day are possible with the right presentation. For me, that means arriving with two different types of cured eggs.

My favorite cure is achieved by mixing Red Fire Brine and Natural Borx O Fire. What I do is take a gallon Ziploc and pour in a half bottle of Red Fire Brine and one cup of Natural BorX O Fire. I also add a half-cup of sugar and then seal the bag and mix it up so it dissolves. Then, I place four skeins into the bag, seal it and place it in the fridge for one day. Then they’ll be ready to fish. I’ll use red yarn with this. 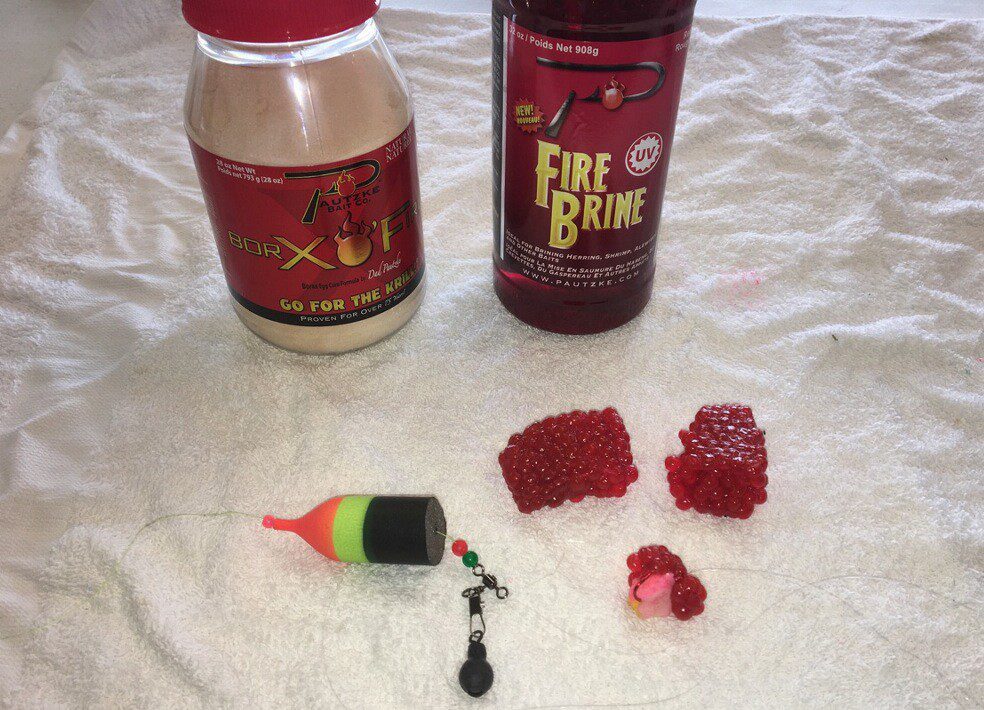 My other cure I always bring with me consists of two cups of Orange BorX O Fire and one cup of Natural BorX O Fire. Then, I’ll sprinkle in one tablespoon of Fire Power, mix the contents and the skeins. On this cure I’ll use baby pink yarn with the eggs. 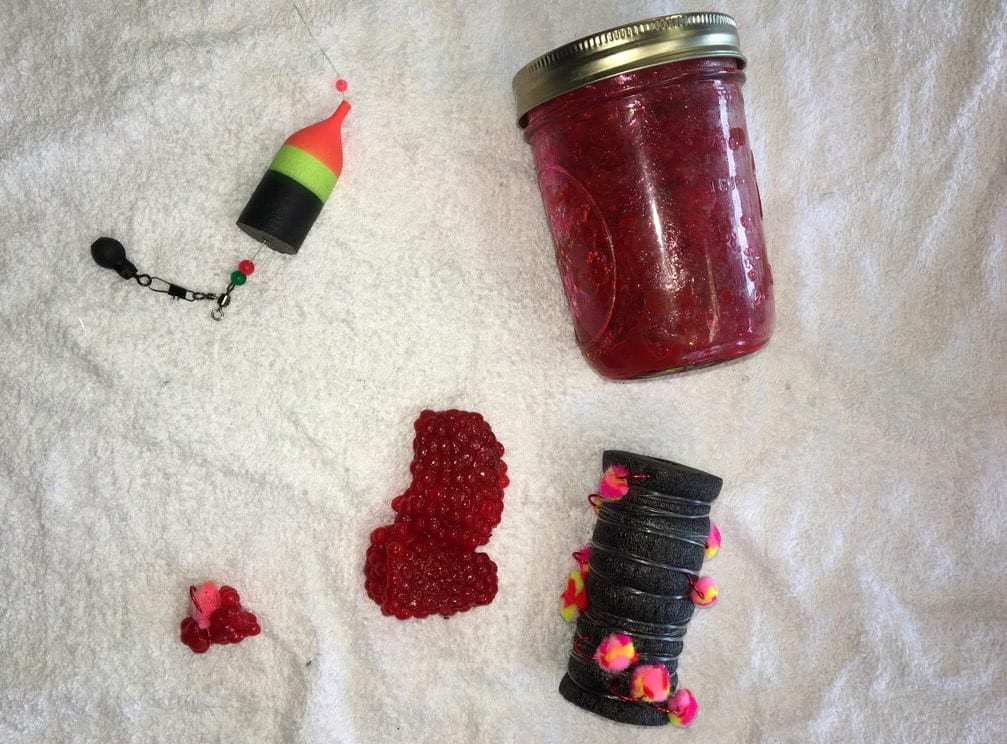 What I’m doing is giving steelhead two options: a wet and dry cure. It all depends on the water clarity. Some days they bite the orange and others red. If I’m fishing two people I’ll put orange on one guy’s line, red eggs on the other and the let fish tell us what they want. Once we know we’ll switch over to that color.

I’ve also switched the line I use this winter. I was running 30 inches of eight-pound Maxima fluorocarbon leader last season, but this season I’m running 10-pound fluorocarbon leader with 12-pound Hi-Vis Maxima Ultragreen as my main line. We’re placing the roe on Mustad No. 1 red hooks. 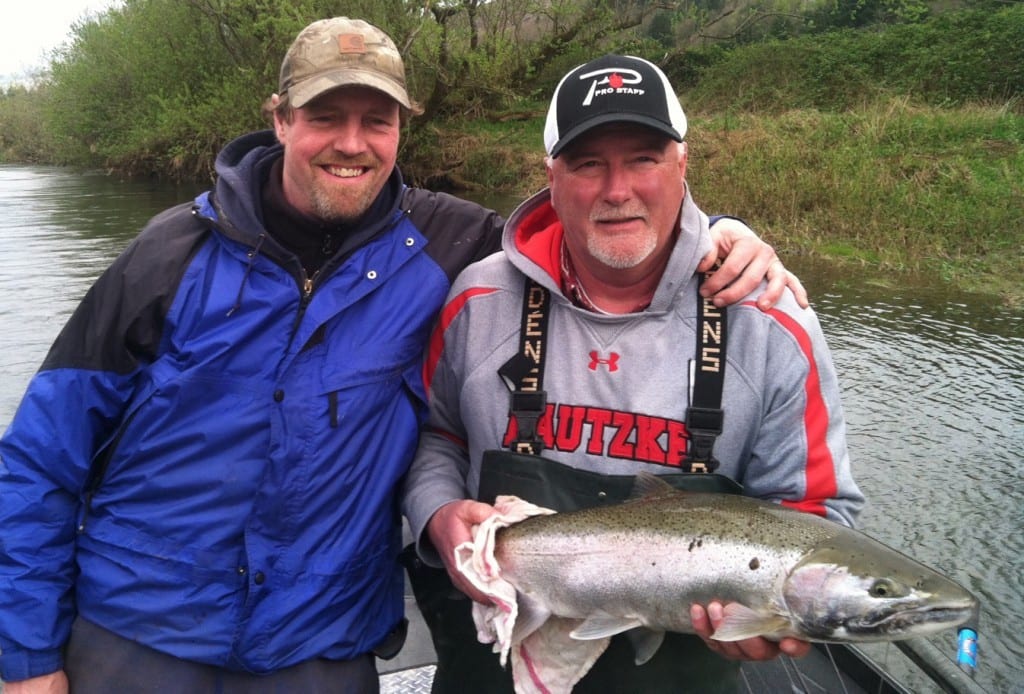