When one of my friends heard we were going brook trout fishing in North Georgia he didn’t believe us. He asked us to double check with the Georgia Division of Natural Resources because he didn’t think brook trout were stocked in Georgia. He told us he’s been fishing North Georgia streams for almost 40 years and never caught a brookie. He was instantly intrigued and wanted to join us.

The good news is we were correct. The Georgia DNR is stocking brook trout this spring. This week, in fact. However, we also learned that there aren’t many left in the hatchery. If you want to catch them the time to head to the Georgia Mountains is now. Brook trout have been mixed in with rainbow trout this spring and have been released in many of the weekly stocked streams. 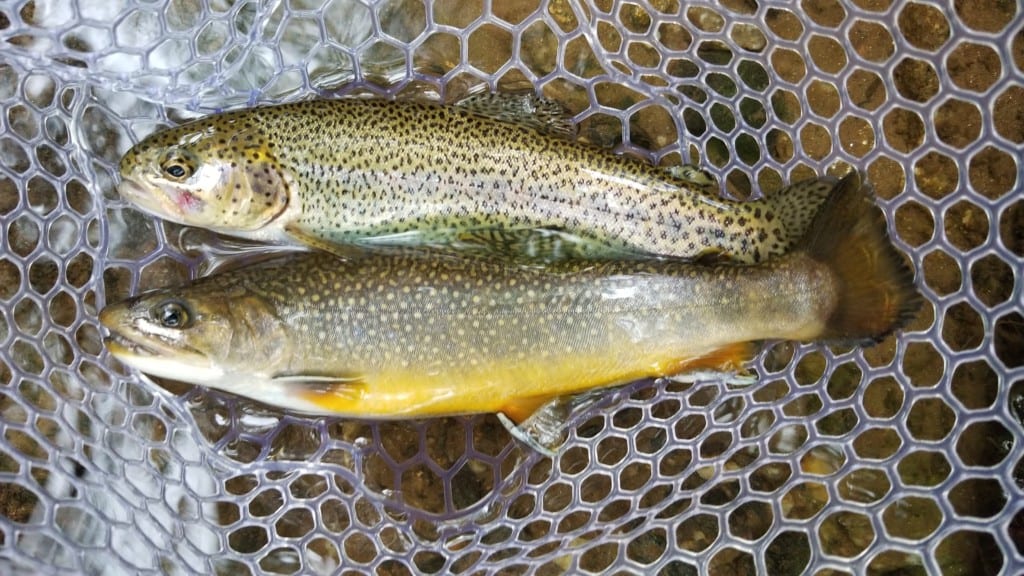 We don’t have a complete list. Meanwhile, a call to the Georgia DNR revealed that the following creeks have 100% been stocked with brooks in the last few days: Sautee Creek, the Chestatee River, Smith Creek, Chattahoochee River, Tallulah River, Dick’s Creek, Boggs Creek and Raper Creek. We also believe that the US Fish & Wildlife Service’s Chattahoochee River National Fish Hatchery is now releasing brook trout in Cooper and Rock Creek. There’s no shortage of opportunity to catch the species right now. 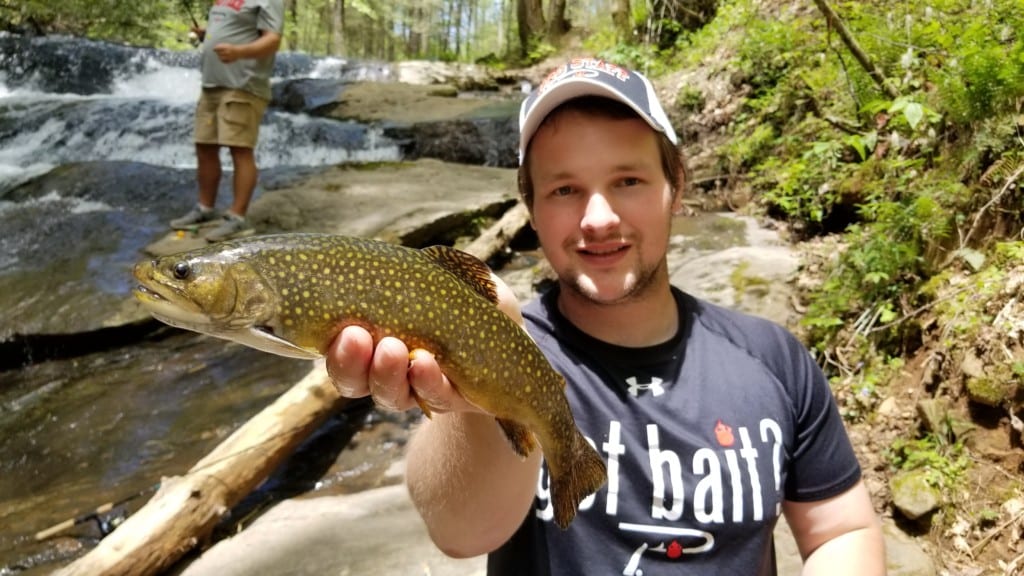 Our trip was a tremendous success. Historically, we’ve spent a week filming in the North Georgia Mountains and caught all rainbows. Not that we’re complaining, but it’s a blast be able to catch different species of trout. The best part of the trip was my buddy caught a brook trout on his first cast with us that day. And, that wasn’t the only one he caught. We caught in released dozens. Most of them averaged 9-12 inches and had beautiful colors. 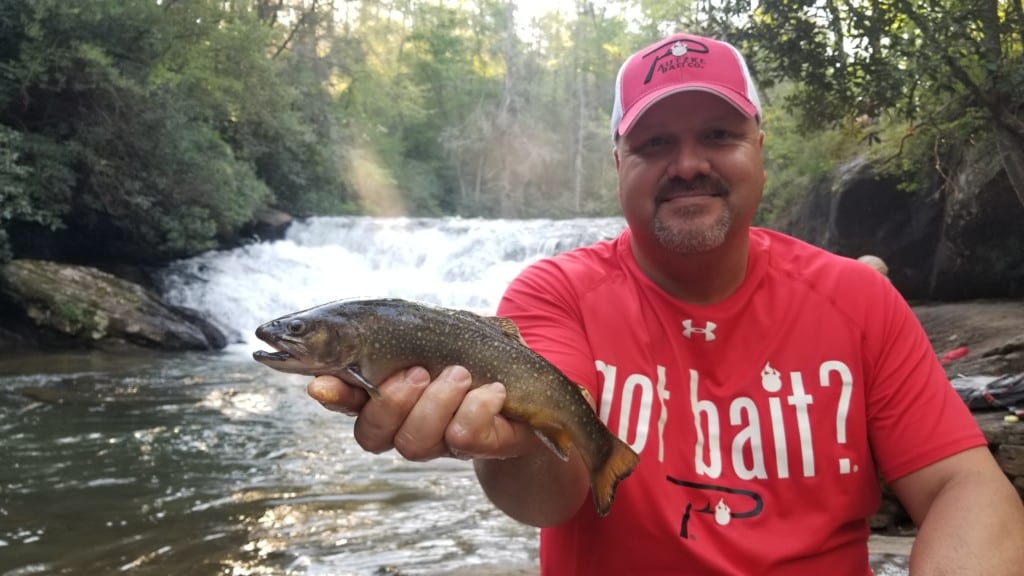 Having targeted brook trout in almost every well stocked trout state in the east this spring we knew exactly what to use: Fire Bait. It was the hot bait in Pennsylvania, West Virginia, North Carolina, Tennessee, South Carolina and now Georgia. Everywhere brookies have been available they have aggressively chomped on Fire Bait. Even in areas where we couldn’t get them to hit our salmon eggs they ate Fire Bait, especially Garlic Salmon Egg and Peach Garlic. Bring some with you this Memorial Weekend and there’s a good chance you’ll catch a bunch, too. 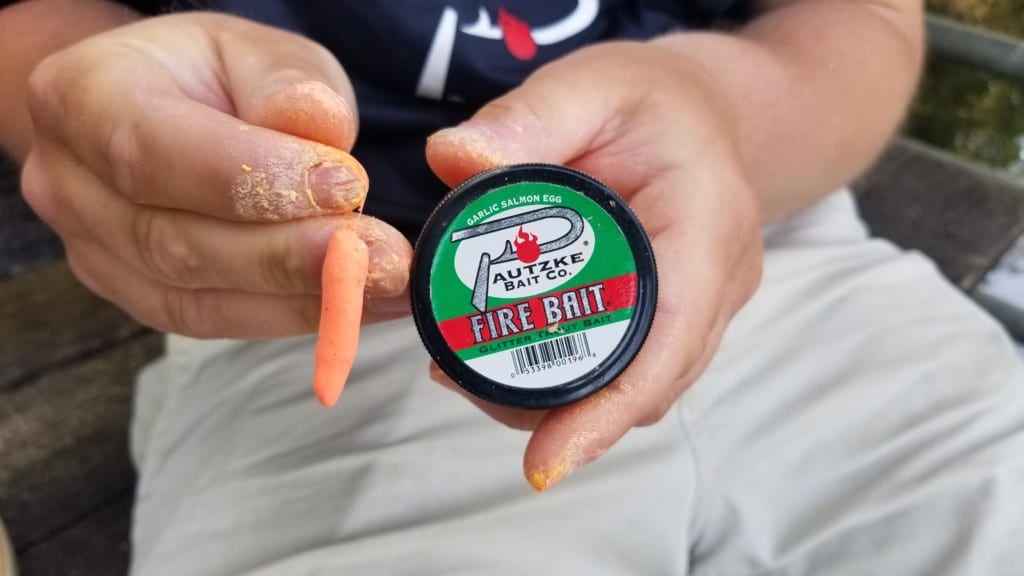 *Pautzke Fire Bait is available in most North Georgia Walmart stores and at Bass Pro and Cabelas. 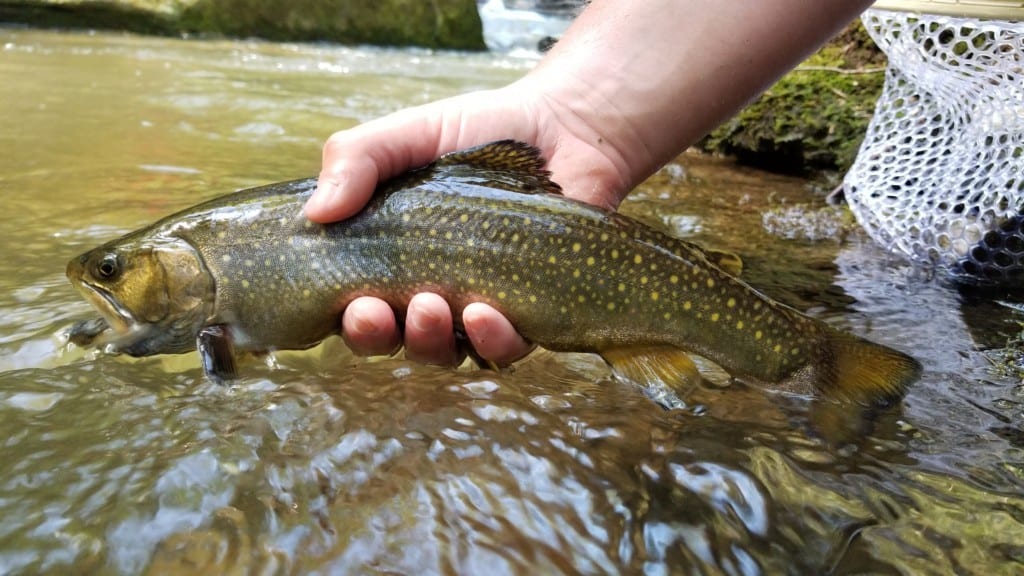