It’s transition time in Northern Michigan. Salmon are migrating towards harbors where they stage and embark on their annual pilgrimage into the rivers. For big lake anglers trolling can be epic. When conditions are favorable action can be constant, as we experienced this week.

We spent the week filming in the greater Manistee region and did extremely well when conditions allowed us to get on the lake. When we arrived Sunday it looked like we were going to be greeted with a week of excellent lake conditions, but have since been regulated to shorter opportunities to troll or face rough water. Wind kept us off the lake two out of the four days we had scheduled. Conditions were fair at best on the two days we were able to fish. 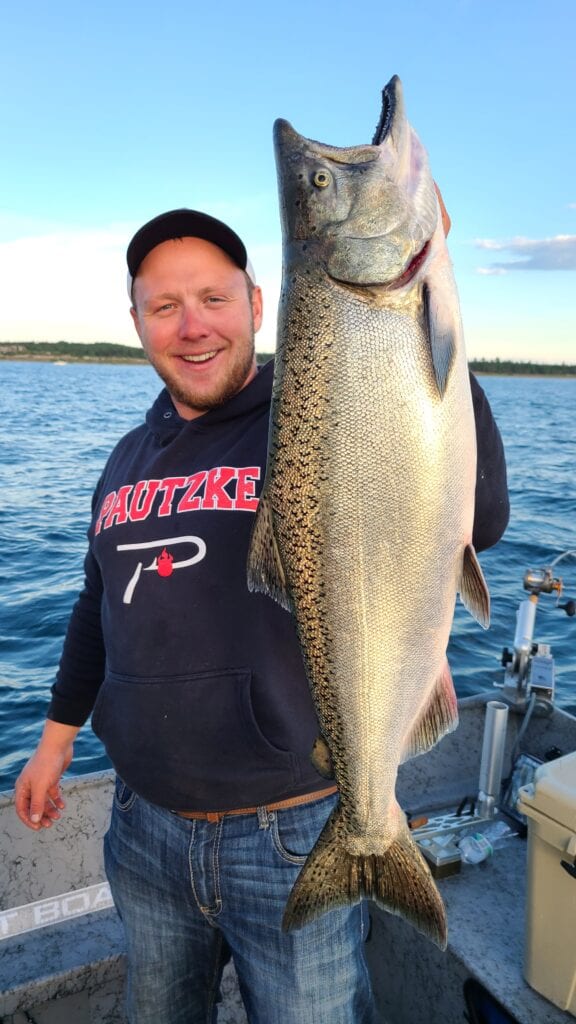 Meanwhile, when Mother Nature allowed us the opportunity we embraced it. Yesterday was marked by chasing coho in the greater Frankfort area. By 5:30 am we noticed about three-dozen boats chasing the same coho we were. Half of them were jigging and the other half (like us) were trolling. Last night conditions deteriorated, but we remain successful trolling from 5 till dark amongst about a dozen other boats. We were in the area to target coho, while filming Pautzke Outdoors with Kyle McClelland of XXL Chrome Chasing, but also found a few kings and lake trout in the same portion of the water column. 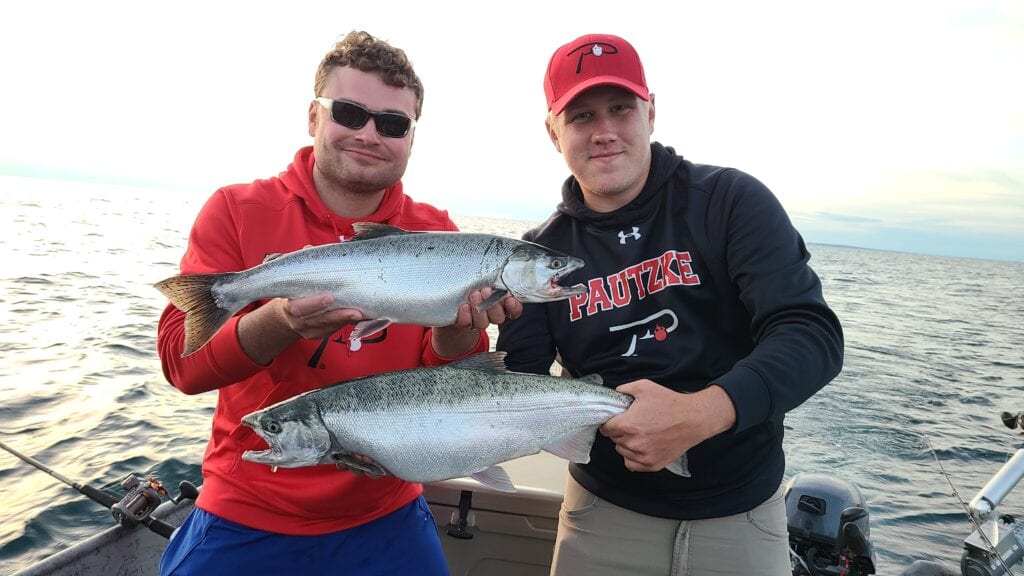 Action was fair to epic depending on the time of day. We found a hot bite from an hour before sunrise up until about sunrise and then again late in the evening. We tried trolling from 5pm on, but didn’t take many strikes until after 7. Unfortunately, the rest of the window throughout the day produced only minimal action. The coho could be found in depths ranging from 100 to almost 200 feet. We were successful using downriggers, Dipsy Divers and copper line. Every rod was bit at some point.

During the early morning the bait bite was fair, which was the same thing we experienced with Mark Chmura of Pier Pressure Charters on Monday out of Manistee. We found a couple of aggressive bites on Chartreuse Fire Brine herring strips fished in bait heads, but the majority of the action came on Michigan Stinger spoons. 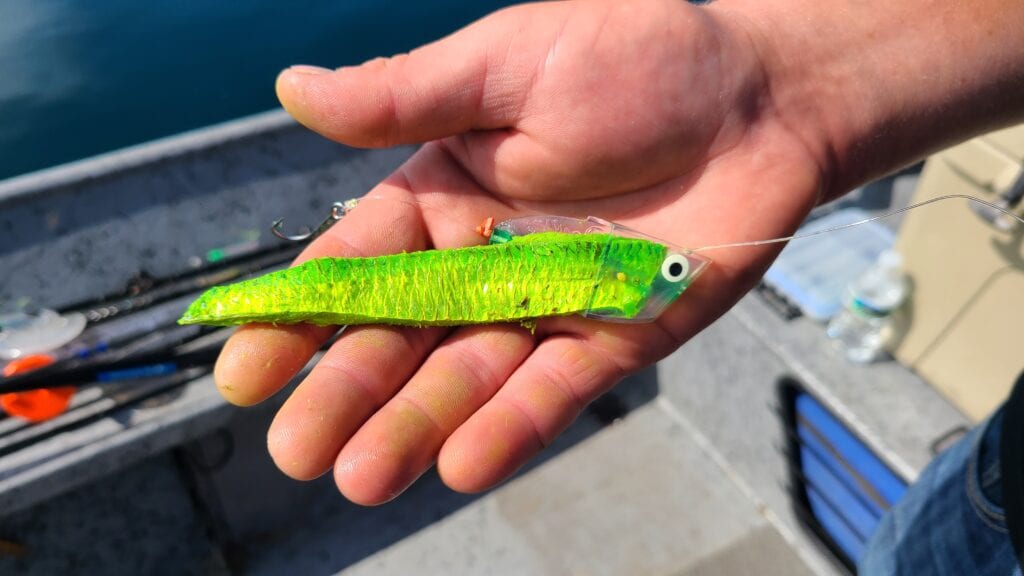 The one common denominator was all of our spoons with the new Herring Fire Gel took the majority of the strikes. This was the same result we had across the lake out of Kenosha last Thursday and Friday. Herring Fire Gel seems to be the number one producer right now in Lake Michigan, but that could also be because we aren’t trying many of the other flavors because the herring has been so productive. 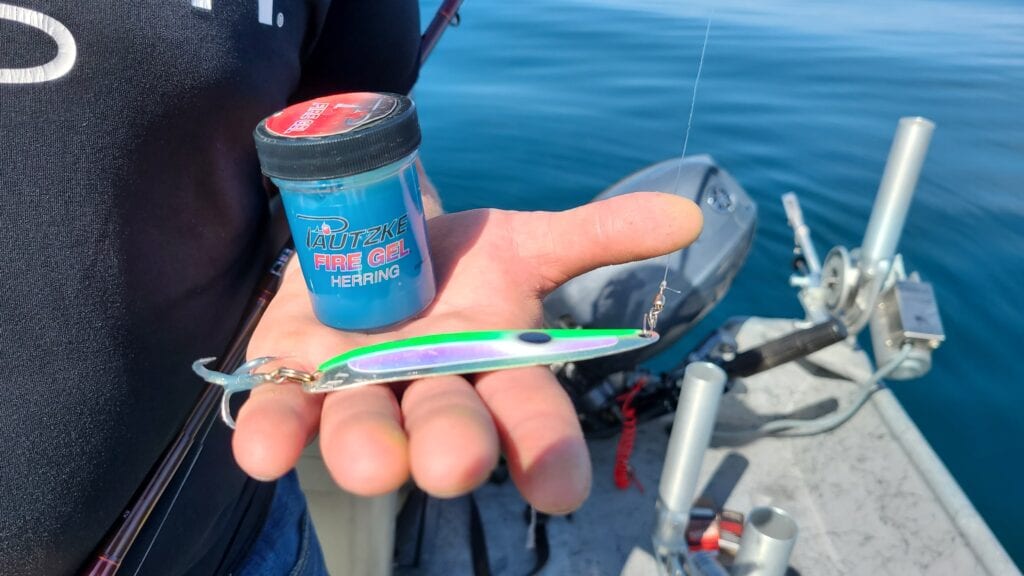 If you want a shot at catching some of these beautiful Lake Michigan coho now is the time to get on the water. Before you know it temperatures will continue to cool, shorter nights will prevail and rain will pull them into the rivers and away from the reach of trollers. Most of these fish ran 5 to 8 pounds, but we did catch them up to 13. There’s no better opportunity than now to take advantage of this resource. 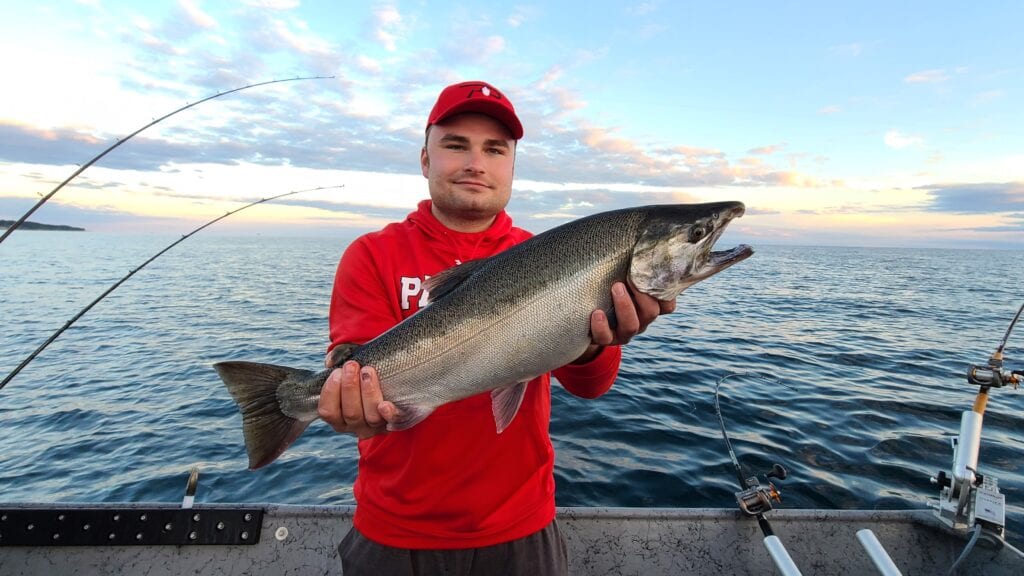 Editor’s Note: This episode of Pautzke Outdoors will be released next season. For more info on booking a guided coho trip with McClelland please visit https://www.xxlchromechasing.com/.