Typically this time of year we are going out on Lake Ontario and catching boat loads of kings, but it’s been on and off. As Forest Gump would say it’s like a box of chocolates out there. You never know what you are going to get. That’s been the rule. Some trips we hammer them. Others we don’t.

We had a lot of winds from different directions that had everything screwed up. Now it’s settled down and we are marking a lot of fish, but they aren’t aggressive. I think they are going to get real aggressive and start biting good in the next few days, but we have been saying that for a week now. I hope it’s going to change. 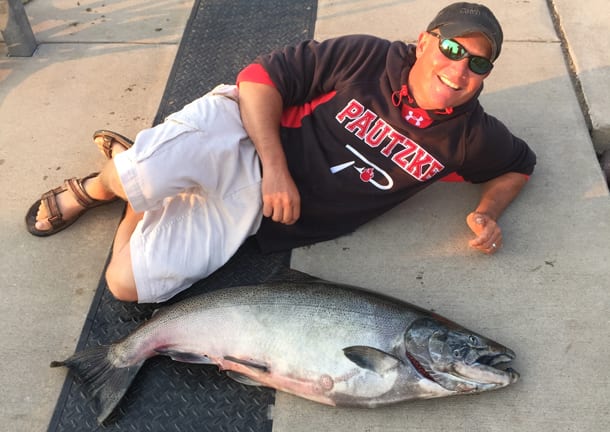 They go from being aggressive silver feeding fish offshore to migrating towards the river mouths and becoming stagers. Then they get darker and once they all become stagers they get aggressive and start eating everything. We’re at that point now, but they haven’t started the feeding part yet. Usually it’s around August 23. It’s happening later than we expect this summer. They’re late this year and we don’t know why. 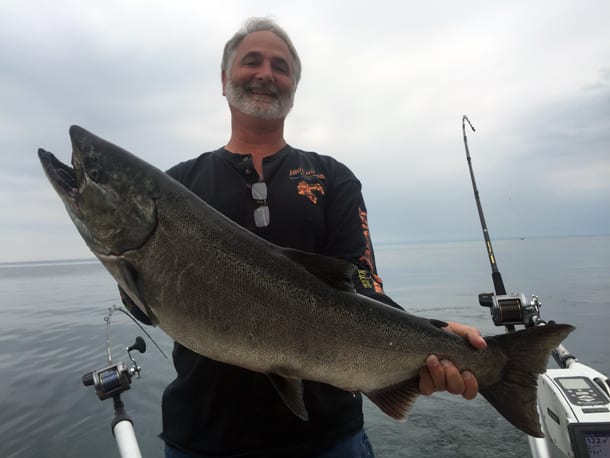 What we know is these fish haven’t gone into the rivers yet. There are a few in there that have trickled in, but the majority is still in the lake. The fish are average fish this year. We just aren’t seeing a lot of 27 to 32 pound fish. We are seeing a good average, just not a lot of big ones. 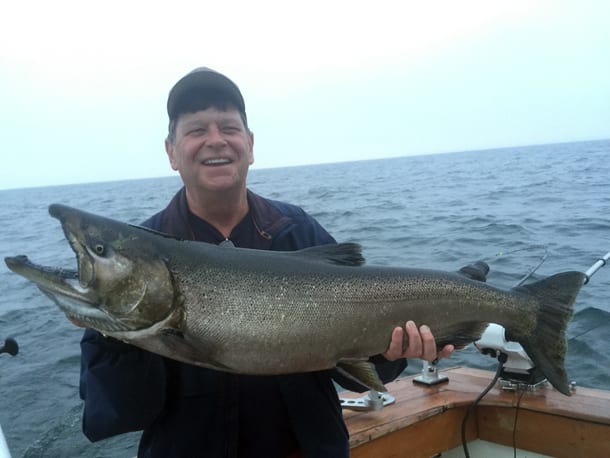 Fortunately, there are at least two-to-three more weeks of big lake fishing. I’m not sure exactly what’s going to happen the rest of the season. We know the fish are here now. We just need something to trigger them to bite. It’s hard to put your finger on it. A lot of guys saying there just aren’t many fish this year, but all the sudden we are seeing a lot of fish. I think they’ve just been spread out because of the weather. They’ve made us work harder than normal this summer that’s for sure. Still, some trips we hammer them.

With the fishing being as tough as it’s been my go to setups have been cut bait rigs. You need something that is a natural look. I’m catching very few fish on flies, spoons and plugs. The cut bait rigs are taking fish consistently. I’m using Fire Brine herring or alewifes. Natural has been a good one, but blue is working best in low light conditions and chartreuse has been hot in the high sun. We’re pairing the cut bait with Pro Troll flashers. It’s important to have a few colors of bait strips out there. As finicky as they’ve been this summer you have to try it all. 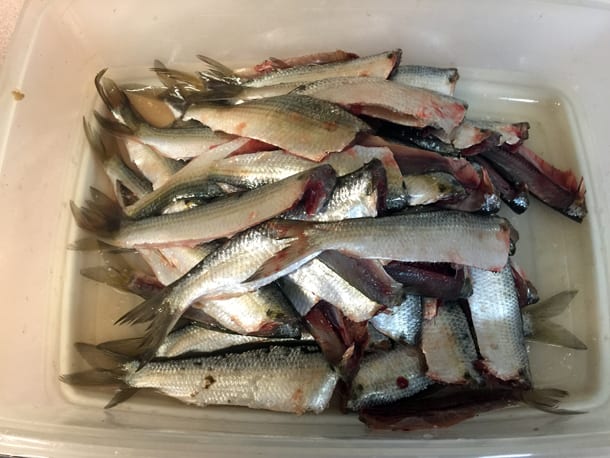 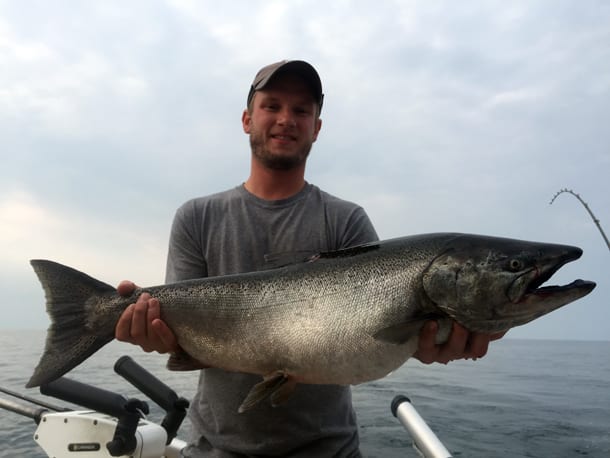