For more than 15 years I’ve been hoping to fish the Niagara Bar. Meanwhile, the one-to-two times a year we’re able to fish the Lower Niagara River conditions haven’t been right. In fact, our local pros joke about how I bring the worst weather possible with me every time I fly in. This last trip, however, the weather was more like the Miami of the north, as my good buddy Frank Campbell of Niagara Region Charter Service calls it when joking about Lake Ontario’s winter weather.

For a change the weather was good this February, and the fishing was just as inviting. On the other hand, steelhead and trout fishing hasn’t been excellent all season. The mild winter has prohibited any major ice accumulation on Lake Erie and in turn has made the Lower Niagara River unpredictable this season. Any significant wind has churned up the water on Erie and sent dirty water over Niagara Falls, which has shut down fishing on many occasions. 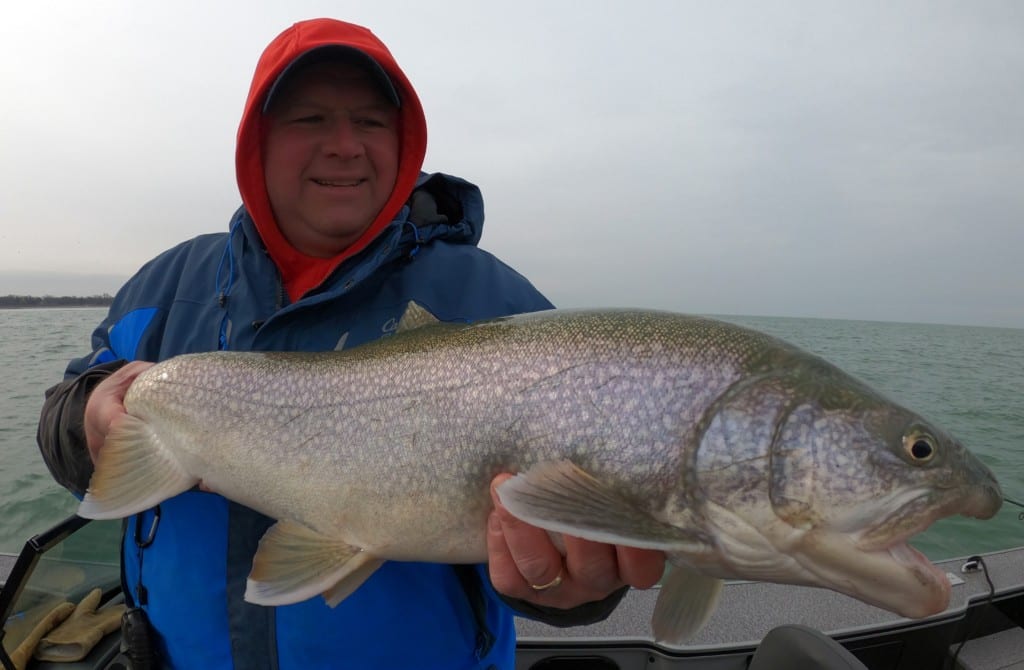 Fortunately, we chose to fish with Ted Kessler of Rivermaster Charters on a good day. Following a week of dirty water the day we fished yielded good conditions and for the first time in my 15 year Niagara fishing career: no wind. The purpose of fishing with Kessler was to use our new Trout Eggs. However, we couldn’t pass this opportunity to finally venture out on the bar. Kessler was honest and mentioned to be that he hadn’t fished the bar in several weeks due to the weather, but I wanted to take a chance and try it.

Three hours later we had another episode of Pautzke Outdoors in the books. Kessler told us that chrome kings were caught on the bar the day prior, but we didn’t catch any. We landed one small brown trout and at least a dozen lake trout and could have caught many more had we stayed out. The lakers weren’t enormous, but were impressive. Only one or two was smaller than eight pounds. The rest were roughly 10-12, which were a blast to catch on light tackle. 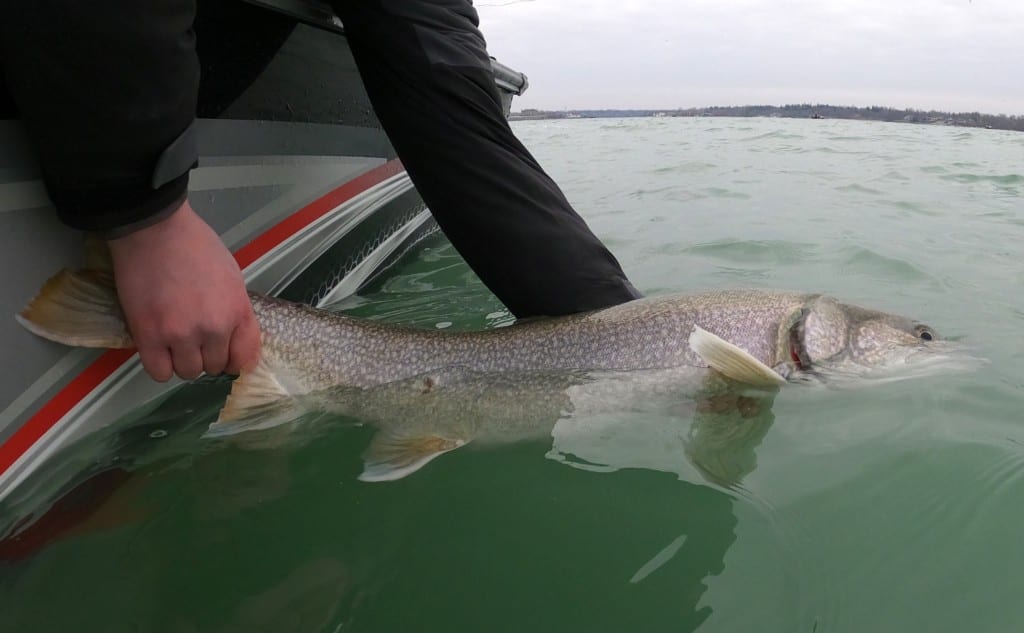 We didn’t crack open a jar of the Trout Eggs. The trout wanted live Chartreuse Fire Dye minnows. We weren’t the only boat on the bar. There were about a dozen. Two were running plugs with limited success and the others were using live bait. We seemed to out-catch the others by a wide margin, all with the live chartreuse minnows. Ironically, we ran out of chartreuse minnows once when Kessler finally grabbed a rod and tried to use a non-dyed minnow. After a 15-minute drift with no bites and switched to a chartreuse minnow that had just been dyed in a new batch and got bite within three minutes of being in the water. 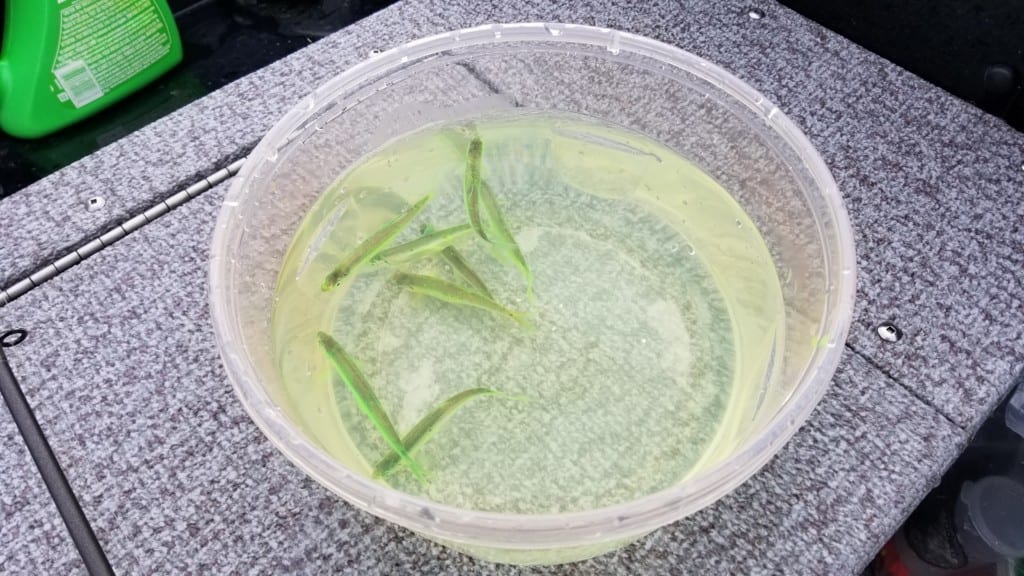 Chartreuse didn’t let us down. Once we ran out of chartreuse minnows we figured it was time to head in early. We caught more than enough fish to film an episode and were hungry. We launched at 9am and were at the dock by noon, just in time to head to Favorites, one of our favorite pizza spots in Western New York. 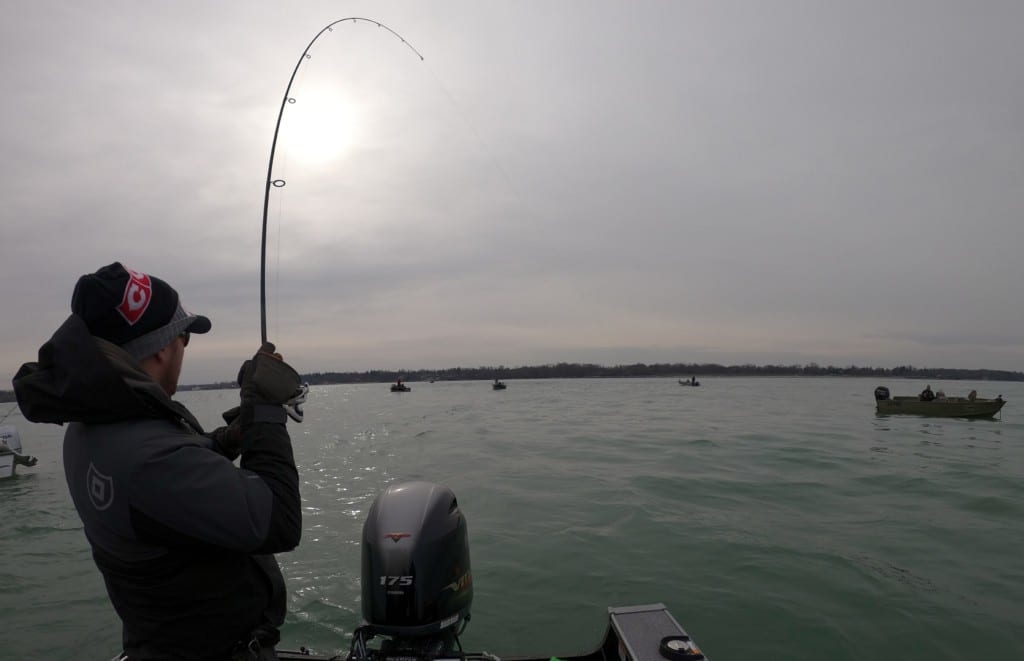