Skip to content
Good Steelhead Bite On the Clearwater River

Negative publicity has killed the crowds on the Clearwater River this year, but for the anglers that have come and fished with us the bite has been excellent. To start the season they closed the Clearwater because they didn’t think they were going to have a lot of fish. Fortunately, the river reopened. There ended up being enough steelhead to allow us to fish.

Currently there’s a one fish limit and we can only keep the A-Run fish. In reality it’s mostly catch and release, but it’s made for some really good fishing. We are averaging 10 fish a day per boat and they are good size fish. That’s the great thing about the Clearwater. The average size steelhead is 10 pounds. We get a lot of 15 and 16 pound fish. 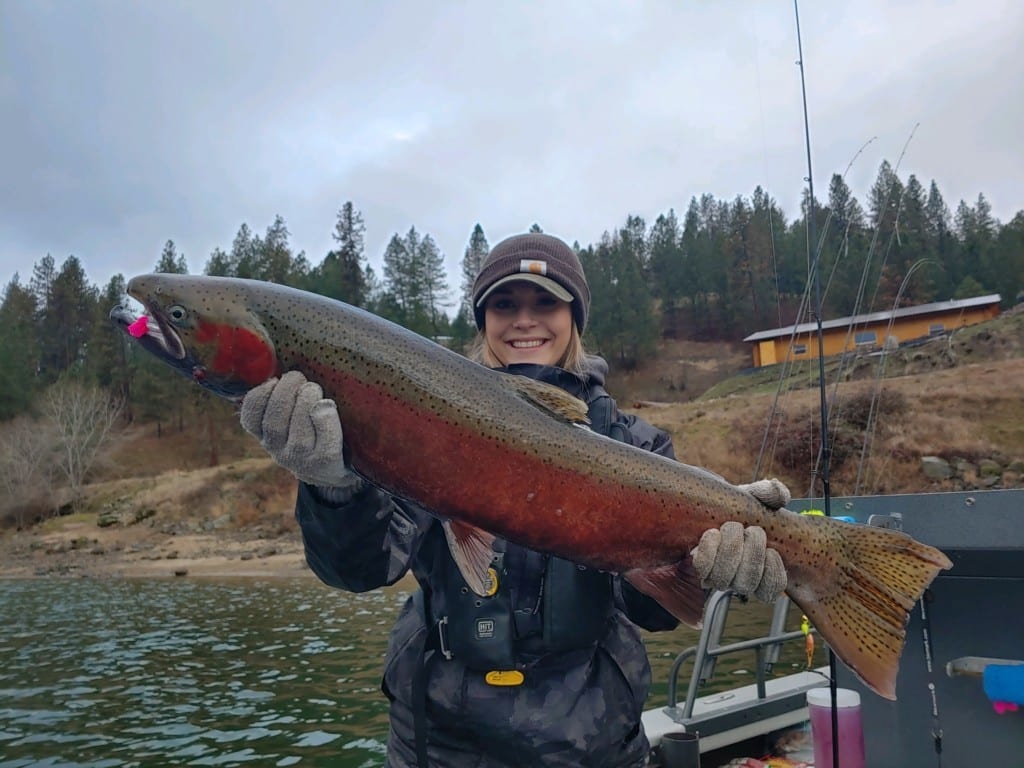 Right now we are fairly late in the season. At this point in the run the fish start to stack in Orofino by the hatchery. The bite is good. On any given day you can expect to catch 10 fish. We will fish until the spring runoff starts and the river gets high and muddy. That might be in the middle of March this year. However, everything is good right now and will be for at least a month. 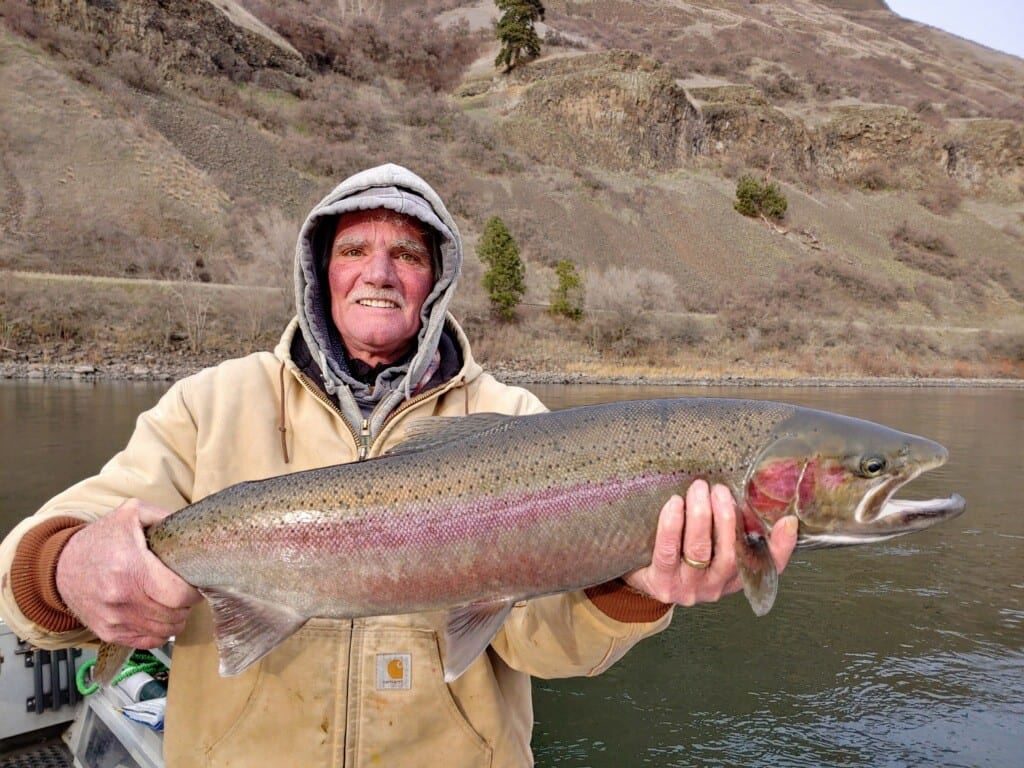 Anytime we get negative press anglers don’t come. The fishing pressure has been light. On years where we have huge steelhead runs and everyone is fishing the bite is tougher because there is so much fishing pressure. We catch more fish on these types of years when the run is down because there is less pressure and it’s catch and release. Some people choose not to come because they can’t keep a fish. Catch and release is fun for anglers and every three or four days that fish will bite again. They have a short memory and fall for the same trick.

It’s no secret that the numbers are down from normal, but conditions are great and no one is taking any of the fish out so it will continue to be good. Basically, Washington, Oregon and Idaho implemented catch and release on B Run steelhead. No one is killing these fish so there are a lot of them to be caught. We will continue to catch them until the water gets too muddy to fish. 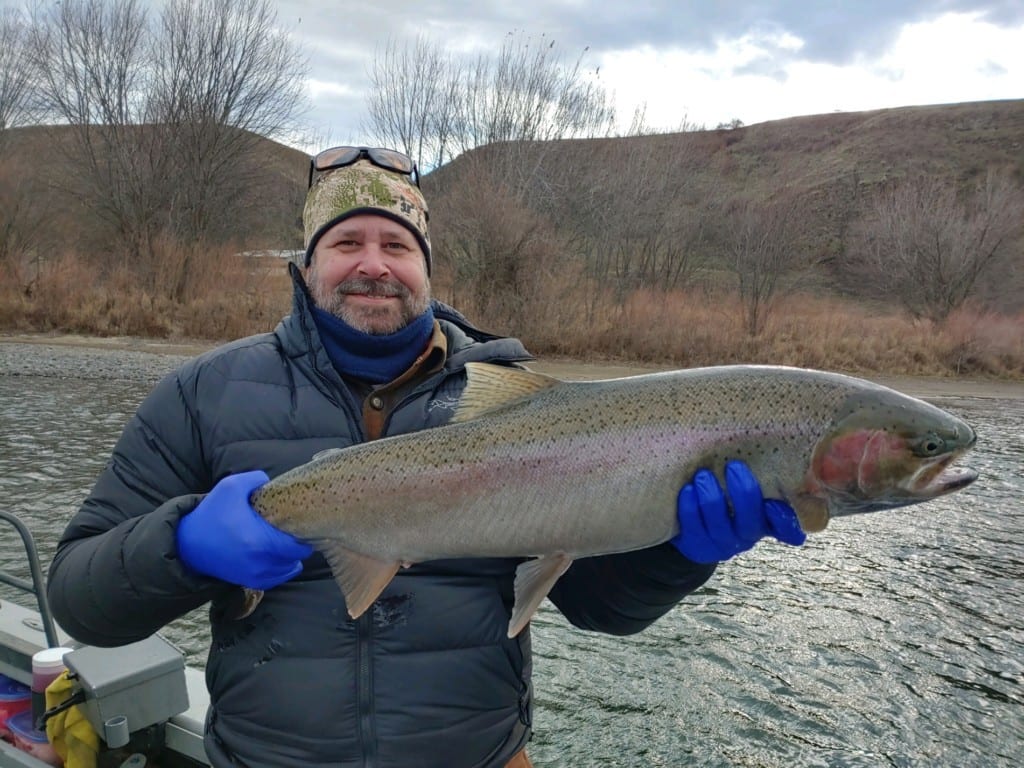 Atlas Mike’s Glow Yarn teamed with a ball of BorX O Fire cured eggs has been our top producer this year. To be honest, we’ve been hitting the cured eggs with more Atlas shrimp spray before we cast. We’ve also been adding Atlas Mike’s Shrimp or Sand Shrimp Oil in our egg cure. It’s a double whammy. The steelhead are going nuts over the shrimp and sand shrimp flavor. 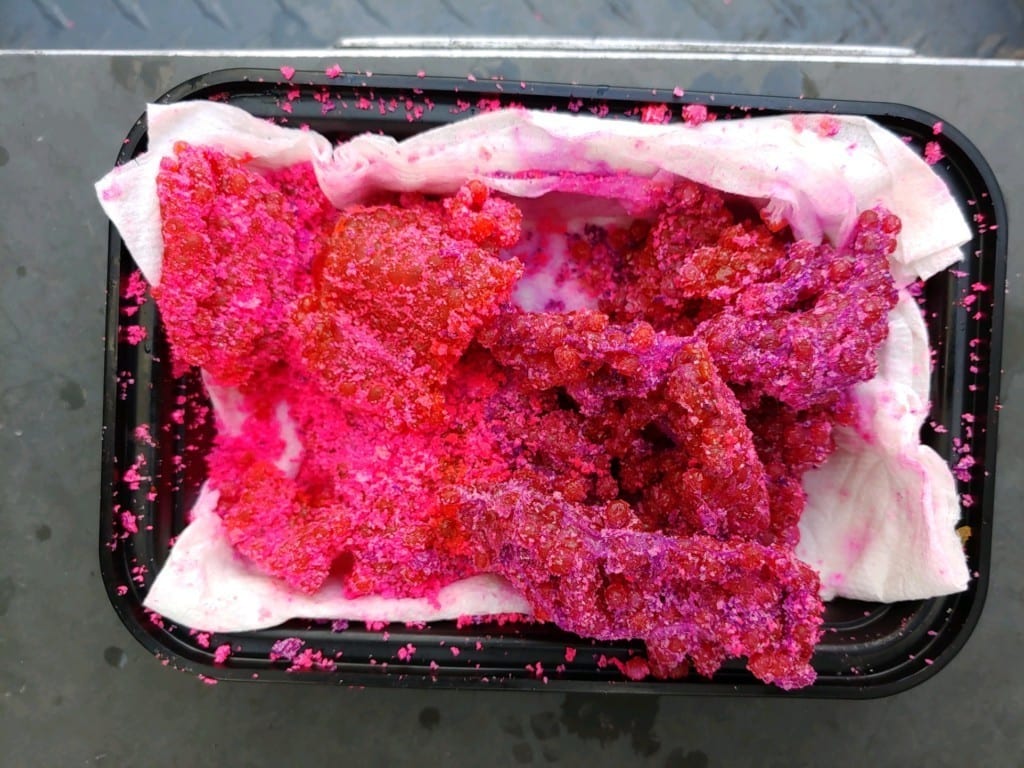 On days that we have super clear water I’m using a small Glow Yarn Ball and a small hook with no bait on it. I don’t put any eggs on it rather just rub the Atlas Shrimp and Sand Shrimp Lunker Oil on the yarn. If we get a burst of rain or snowmelt I’ll use bigger baits and eggs. For both rigs we use 12-pound Maxima on our mainline and a 10-pound Maxima leader. Eggs and yarn are fished on a size 4 Gamataksu octopus hook. 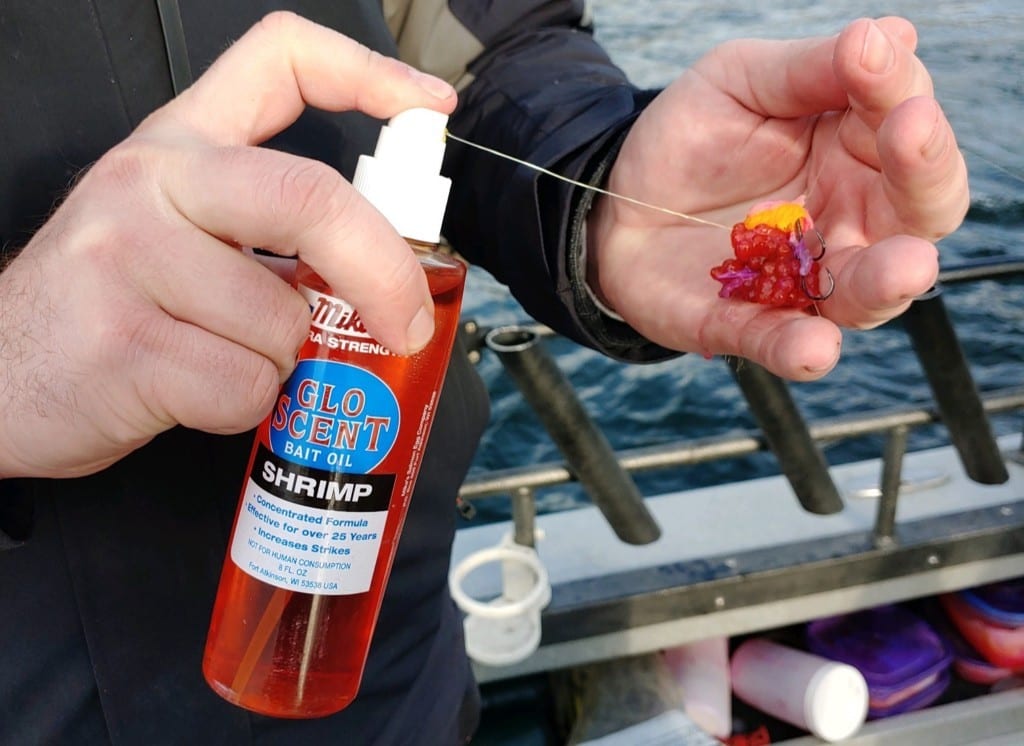