Salmon fishing on the Columbia River continues to be great in the Portland area. However, the bite will likely slow in the next few weeks. Fortunately, anglers will be able to migrate upriver to follow the fish and remain in consistent action through the end of the month. We are seeing about the same number of salmon as last year, but I think conditions are better this season, which has resulted in more consistent fishing.

I’ve been averaging 10-15 bites a day. We are usually landing somewhere between 50-60 percent of those due to the nature of the techniques we use. These salmon are upriver bright Chinook headed for the Upper Columbia. They are chrome bright and eat great. They tend to run 12-18 pounds and we are seeing some breach 20. Today we caught our first coho, but they aren’t super thick in our area now. 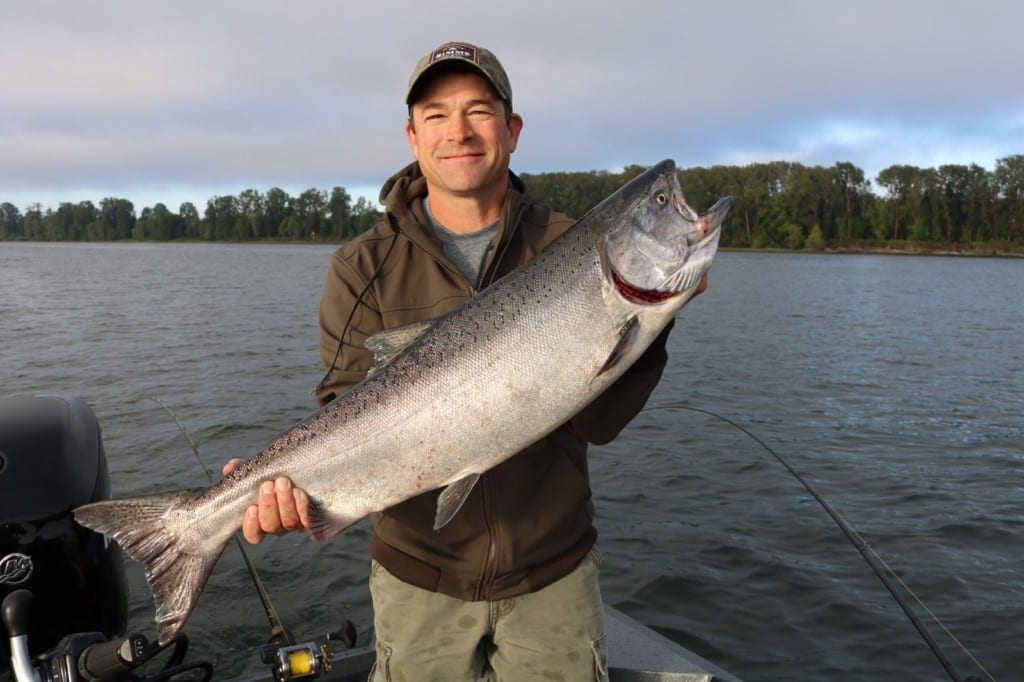 In this area anglers used to primarily anchor fish. However, I’m utilizing trolling to catch salmon daily and it’s been effective. Using 360 flashers such as the Short Bus Super Series we can key in on these fish’s aggressive instinct. I’m dragging small 3.5 size spinners or Brad’s Super Baits to maintain success. It’s working well and is no secret. With this fishery becoming more popular you have to separate yourself from other anglers. 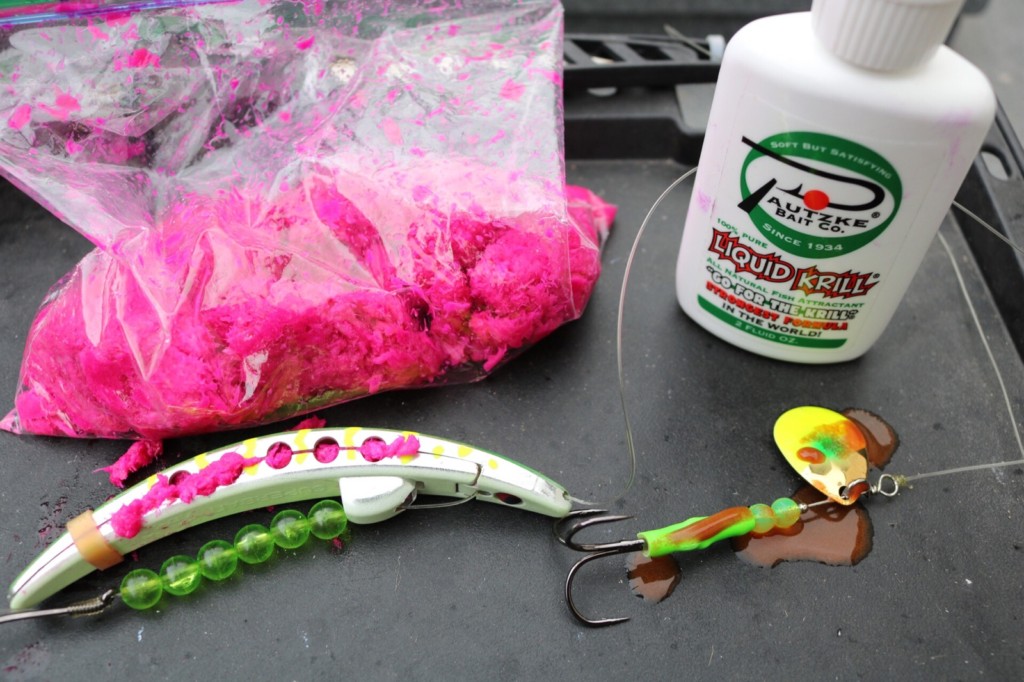 I do two things to create a scent trail: coat my spinners in Liquid Krill and mix up a tuna recipe to stuff in my Super Baits. The Liquid Krill part is self-explanatory. The tuna recipe is simple, too.

Start with a can of chunk albacore tuna in oil from your local grocery store. I’ll mix Red Fire Cure, Liquid Krill and a few drop of Red Fire Dye (to add some UV) and cure my tuna in it. To do so dump the above contents in a bag (don’t drain the oil, this will help it leak out of your Super Bait). 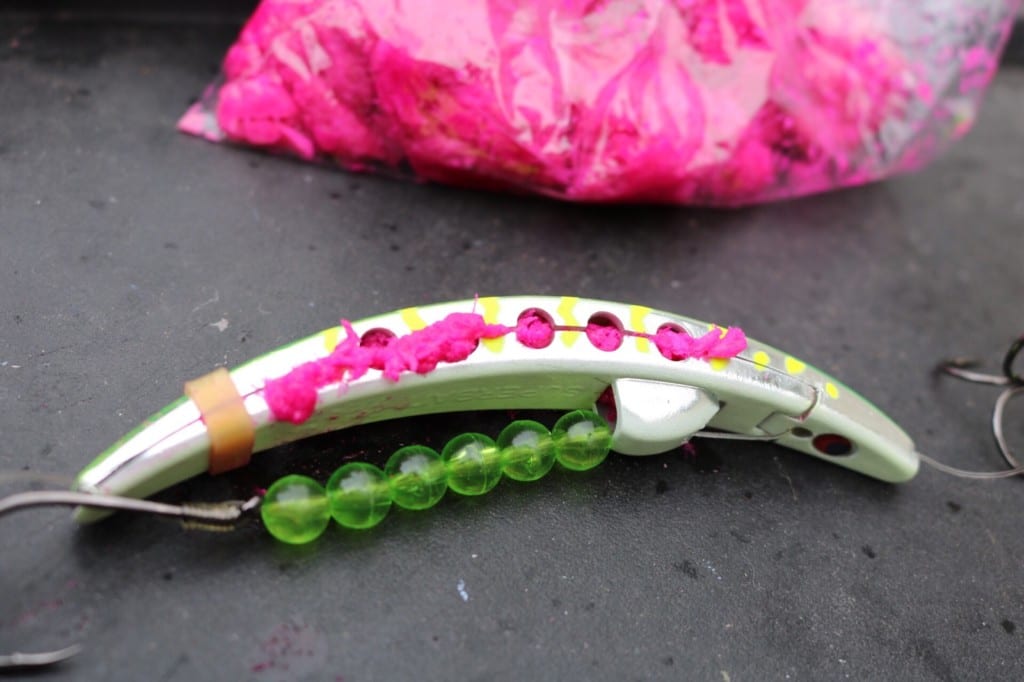 After mixing the contents, add the tuna, seal the Ziploc and squish it in your fingers until it breaks down to where it almost turns into a paste. Normally, I do this the night before, but if you run out of the tuna you can mix the ingredients in the boat and it can be fished right away. With tuna you aren’t worried about the toughness of it like you would be with herring. Therefore, it can be fished right away. 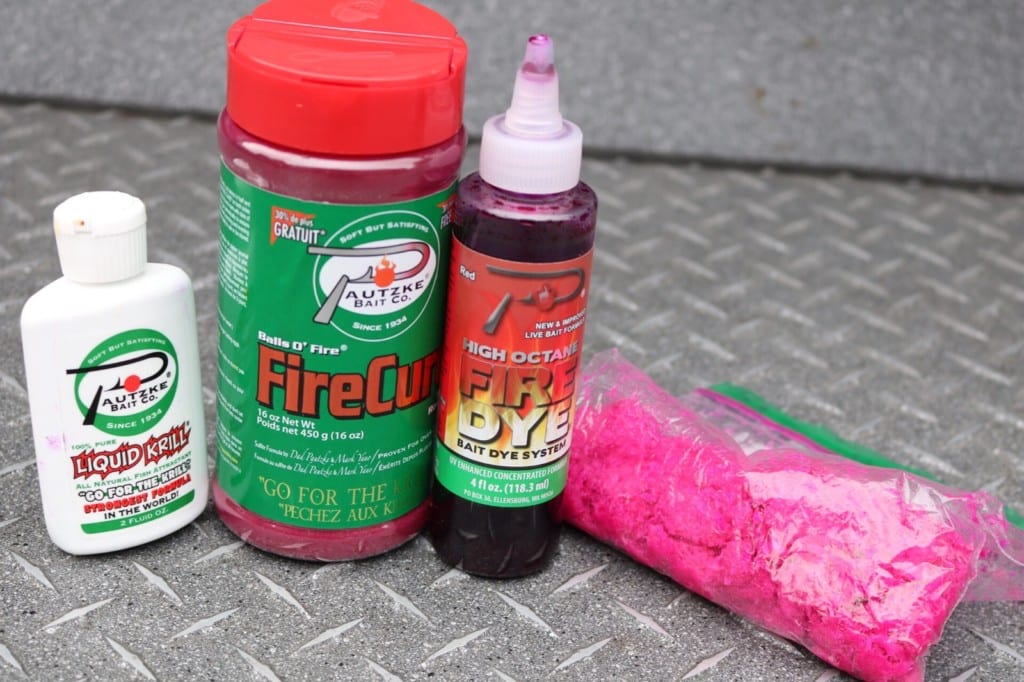 This fishery is easy because you troll both ways. Troll up and down river to constantly cover water. Some days I find one direction to be better. In that case I’ll make my passes and pick up my gear and run back.