Steelhead fishing is unexpectedly better than we expected it to be. Prior to the season the Idaho Department of Fish & Game thought we were going to have a dismal return on the Clearwater River. However, there’s far more fish showing up than we expected. It’s been a good year for us. We are probably averaging 10 fish a day, which is good anywhere.

From now to March is prime time to catch steelhead on the Clearwater and we will be fishing daily. This year there is more A-Run fish than the big ones. Meanwhile, there’s also a lot of fish that are eight to 10 pounds and a few that are 15 pounds. We do have a shortage of the really big ones this year. We are catching one-to-two fish a day that are over 10 pounds whereas on a normal year we would get four-to-five fish a day larger than 10 pounds. Regardless, action is consistent. We are far better off than some predicted in the fall. 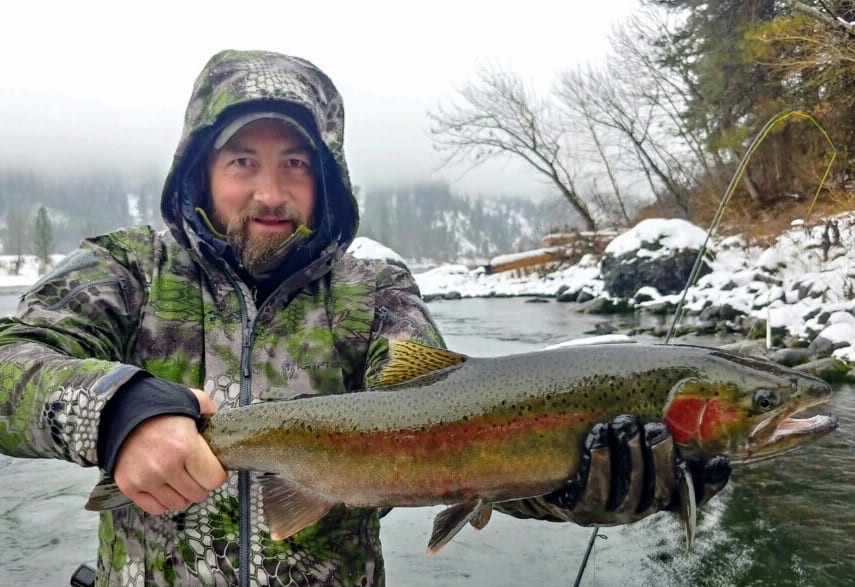 How long will the run last? We are never sure. But, every year it tails off somewhere in March. Action will be steady until that time and could last through the month. One of the reasons I believe the bite has been so good is water conditions have been favorable. We have had few high and muddy days and few low and clear days. Those are the times when it gets tough. We are supposed to get a little rise in the next few days, but I’m not expecting the river to blow up. Right now we are fishing from Orofino (near the hatchery) on downstream for roughly 10 miles. Steelhead are scattered throughout the entire section. 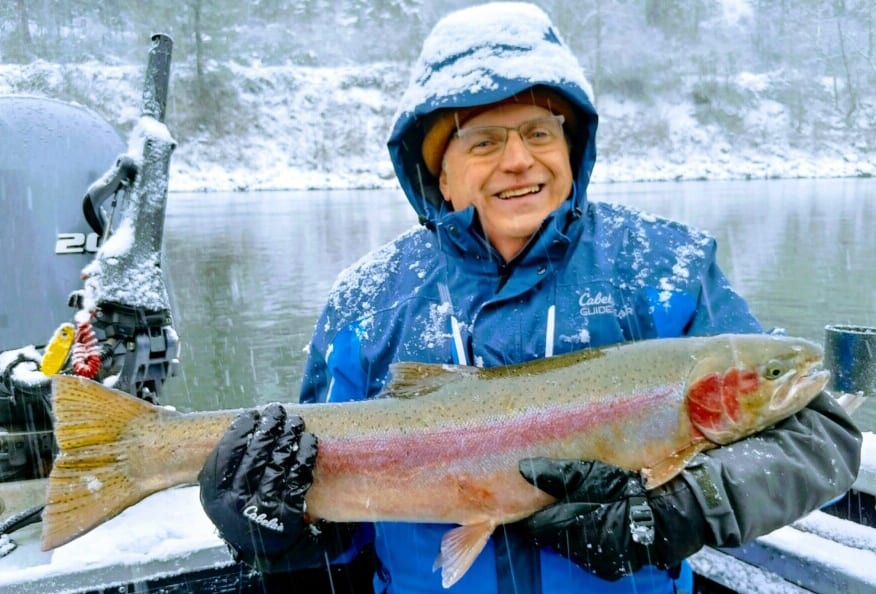 While many methods were effective early in the season it’s been a bait show lately. We’ve been using Pink BorX O Fire cured roe almost exclusively. We’ve been drifting roe clusters about the size of a nickel. I’ve been running 12-pound Maxima Hi Vis as a main line and 10-pound Maxima Ultragreen leaders. All roe is fished on a No. 4 Gamakatsu hook.

While not so much lately we have been using a few pegged beads, too. When it comes to beads I’ve been fishing them pegged with two Fire Balls tipped on a No. 2 hook. I’ve had super good luck with the Pink Shrimp Fire Balls and haven’t tried other colors yet. We haven’t been using this method lately because the water has been off color. When the water clears up again the bead/Fire Balls will be put to work. 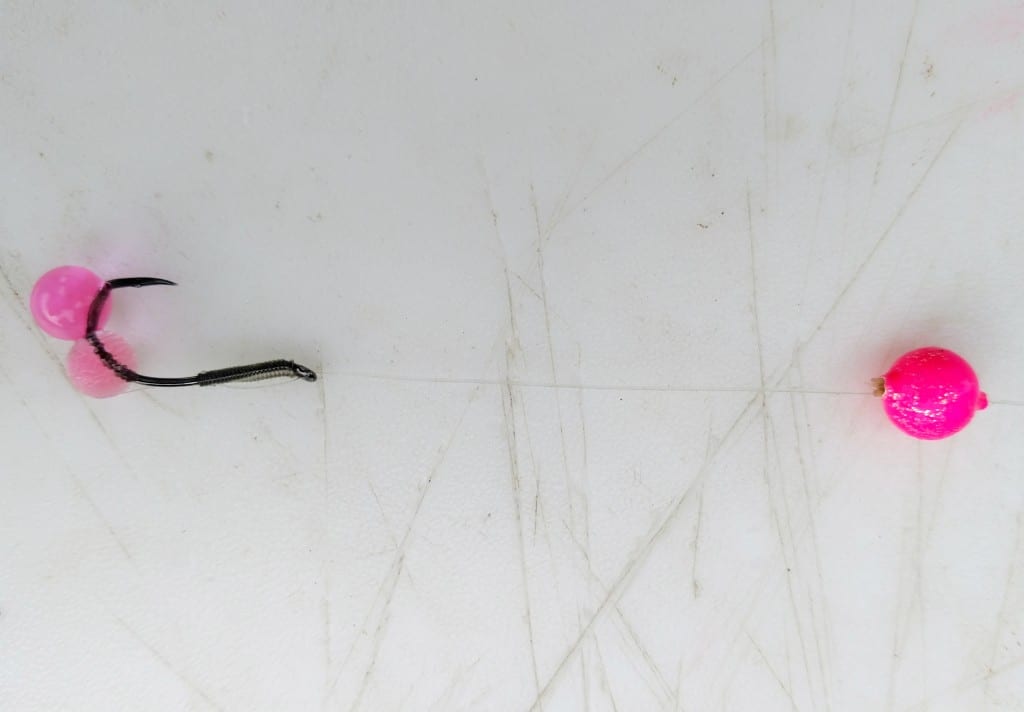 Oh, early this season the plug bite was good. When it was we ran plugs tipped with Fire Balls to give us strong scent (the Pink Shrimp have lots of scent). We aren’t doing that now, but I thought I’d throw that tip in just in case you are fishing plugs on your favorite river. 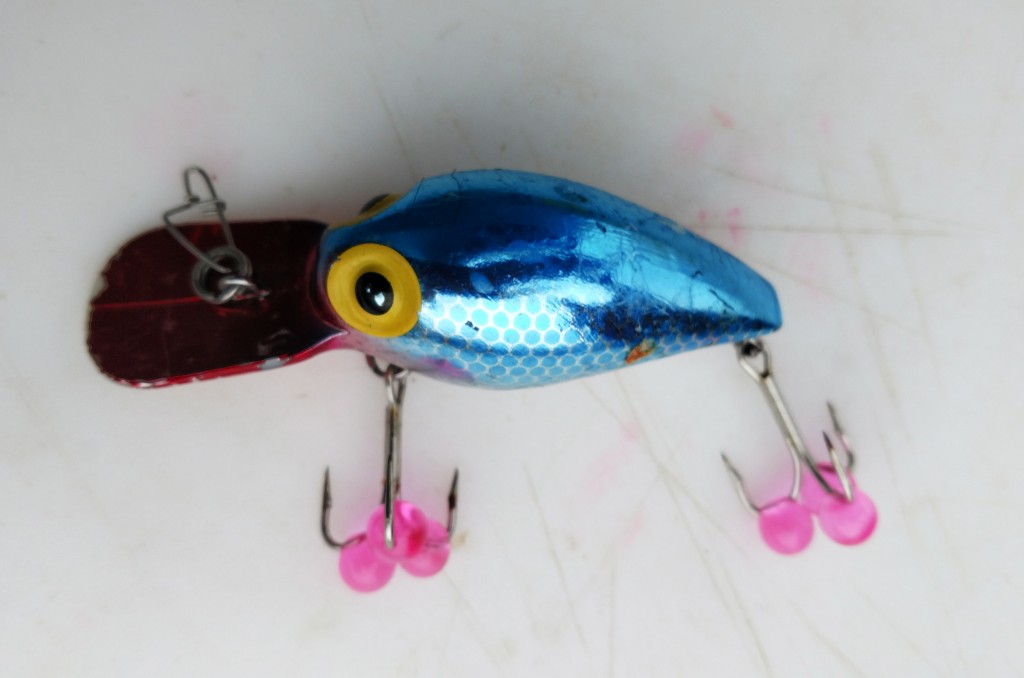 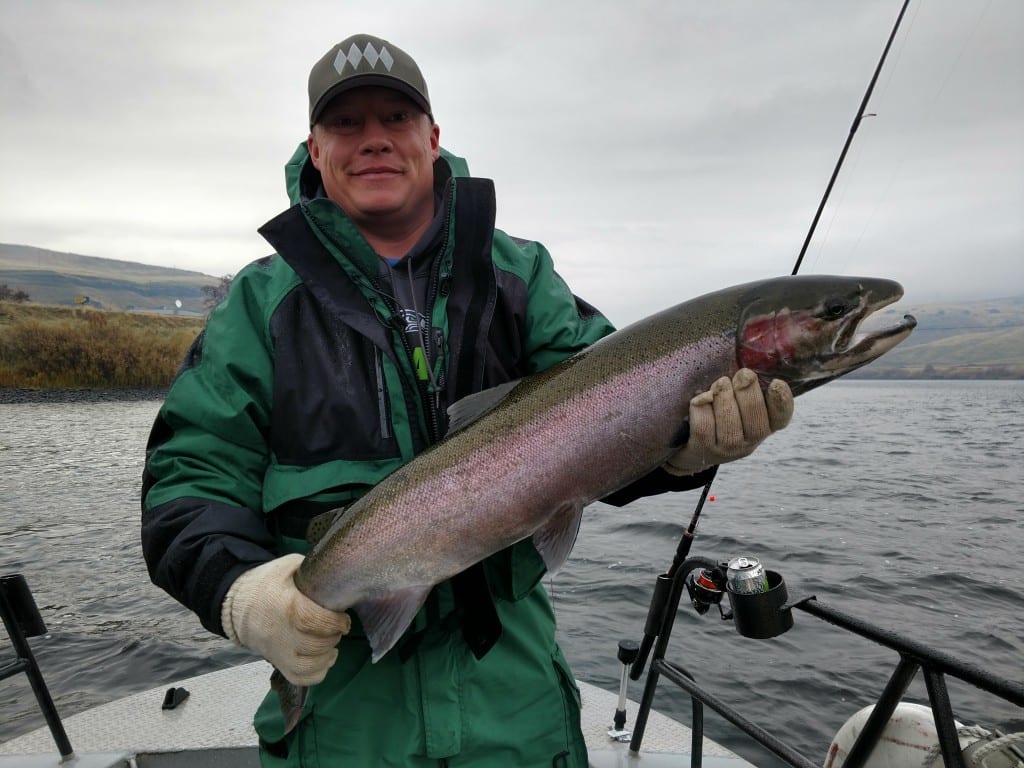