Judging by the first few weeks of the 2020 steelhead season on the Chetco River, anglers may have to deal with high water conditions. The year is off to a wet and stormy start. In between rainy weather, steelhead fishing has been good. Hatchery fish are showing up and plenty of wild fish are in the mix. The Chetco has long been one of Oregon’s most popular winter steelhead fisheries for bank anglers and boaters, and this season is no exception. When conditions are good, there are plenty of anglers on the water.

While most of the steelhead on the Chetco average 6 to 10 pounds, there are plenty of large steelhead caught each season on the Chetco. The river record, a jaw-dropping 28-pounder, was caught several decades ago, but each year a few fish around 20 pounds are landed, and plenty of fish between 15 and 18 pounds are caught. It is worth noting the Chetco record is bigger than the California state record, and one of the biggest ever caught in Oregon.

Hatchery steelhead on the Chetco run larger than on many rivers, in part because of the successful broodstock program. Anglers donate steelhead they catch to ODFW for use in the hatchery program. The hook-and-line caught fish are transported to Elk River hatchery, where they are spawned. The juvenile steelhead are raised for several months at the hatchery, then transported back to the Chetco to be released. Only 50,000 smolts are released each year on the Chetco because the wild run is so prolific. ODFW says the Chetco has one of the healthiest wild steelhead runs in the state. 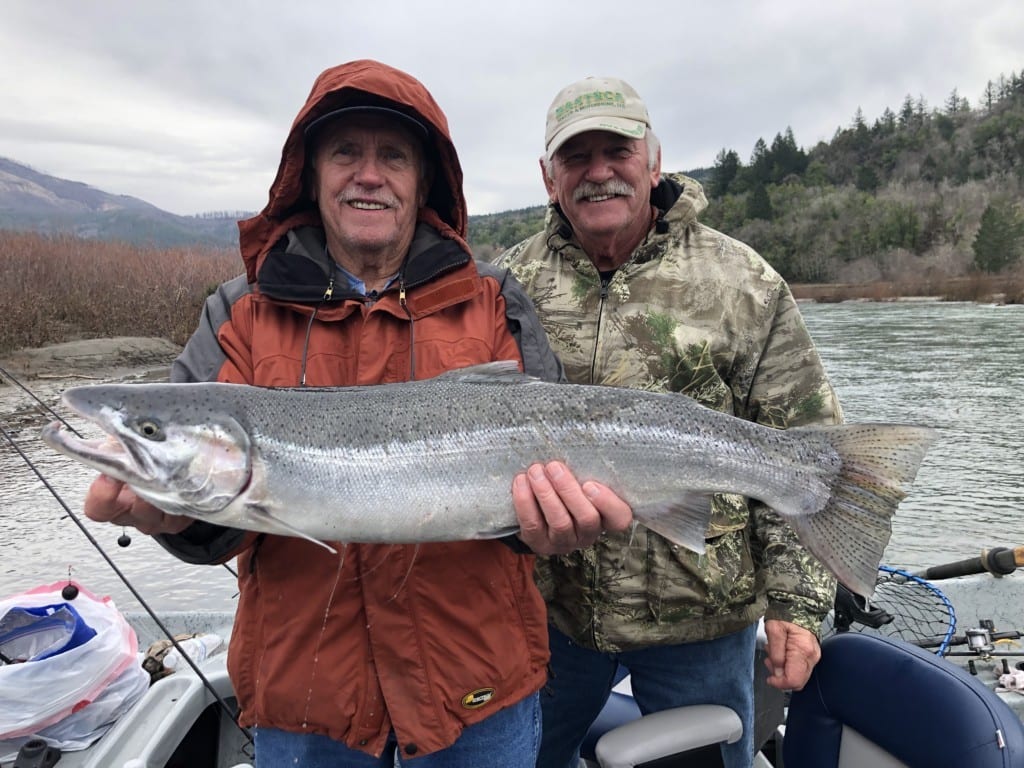 The Chetco has plenty of shore fishing access. During high water, anglers will plunk large Spin-N-Glos from the lower river gravel bars. Anglers and drive to the river’s edge at Social Security Bar, Loeb Park, Ice Box, Miller Bar, Nook Bar and Redwood Bar. Social Security and Loeb produce the highest catch rates, as they are lower in the system. As flows drop, shore anglers will drift fish with roe and Corkies. Pautzke’s natural or pink BorX O Fire cures have long been hot on the Chetco. 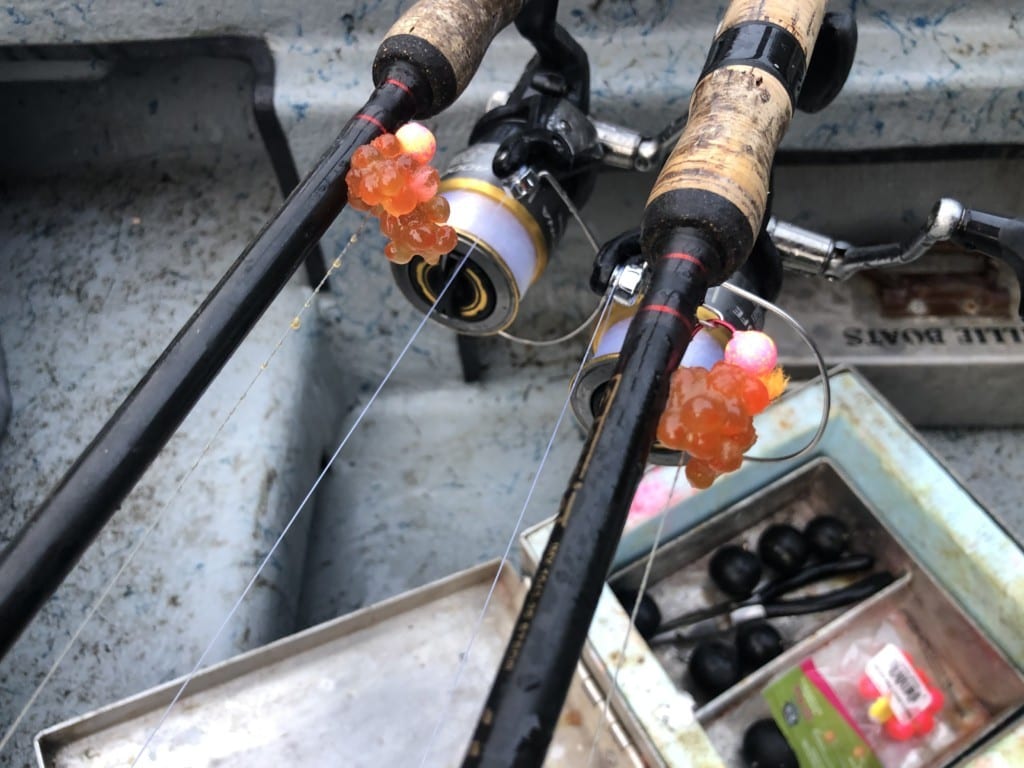 The Chetco really shines when it comes to drift boat fishing for steelhead. It is a side-drifter’s dream, with long runs that are relatively snag free. Fresh steelhead move up daily, and local guides have learned which holes tend to hold fish that are waiting until they are ready to spawn.

While bobber-dogging is popular north of the Chetco, anglers here use spinning rods, a plastic weight known locally as a “sploosh ball” (Mad River Drifter), and Corkies or Puff Balls combined with roe and yarn. Beads will work on the Chetco, but these fish seem to prefer fresh roe, especially natural colored eggs.

I rely on Pautzke’s BorXOFire for my steelhead cure, but I also add a little sugar to sweeten it up. See https://www.pautzke.com/making-steelhead-candy/ for tips on curing eggs for steelhead. 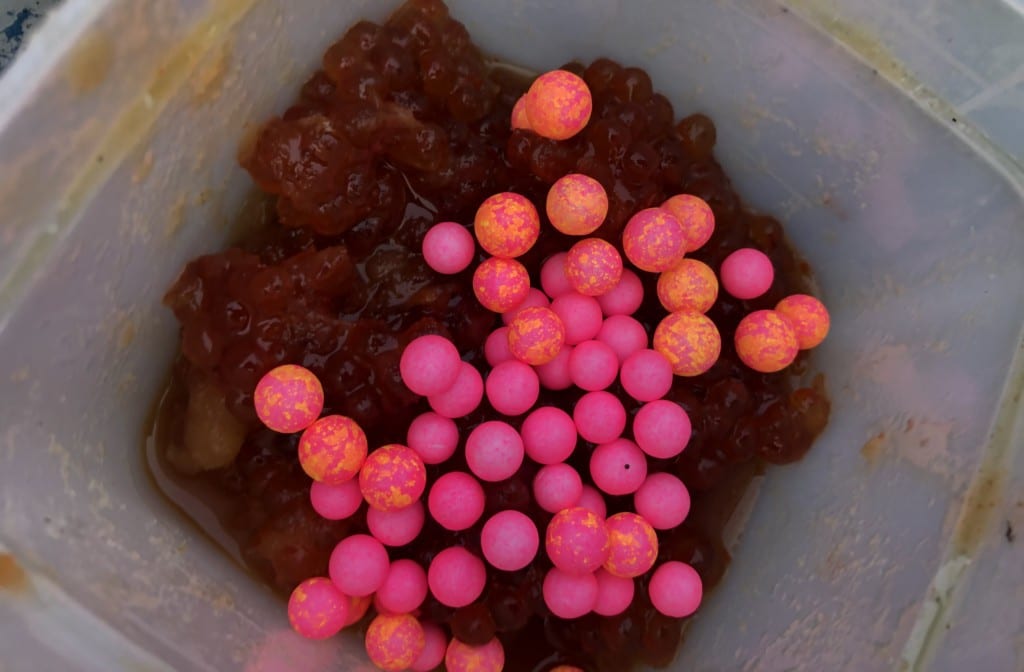 When side-drifting the Chetco in high water, I will often use slightly larger pieces of roe (the size of a nickel instead of a dime), a Corky instead of a Puff Ball, and brighter colors of yarn (orange instead of pale pink). The fish will be close to shore. Often short casts are much more productive than long casts to the faster, deeper water.

Anglers unfamiliar with the Chetco often have a difficult time fishing “inside out,” where the boat is placed in the deeper water and casts are made close to shore, where the current is slower and the water is shallower. Those soft edges, however, are the holding and traveling areas for steelhead in high water.

During flows higher than 4,000 cfs, it can be more productive to anchor close to shore and fish a Spin-N-Glo and roe directly downstream of the boat. Similar to plunking from shore, this technique is especially effective because a boaters can establish a “wall of death” to encounter steelhead moving upstream. 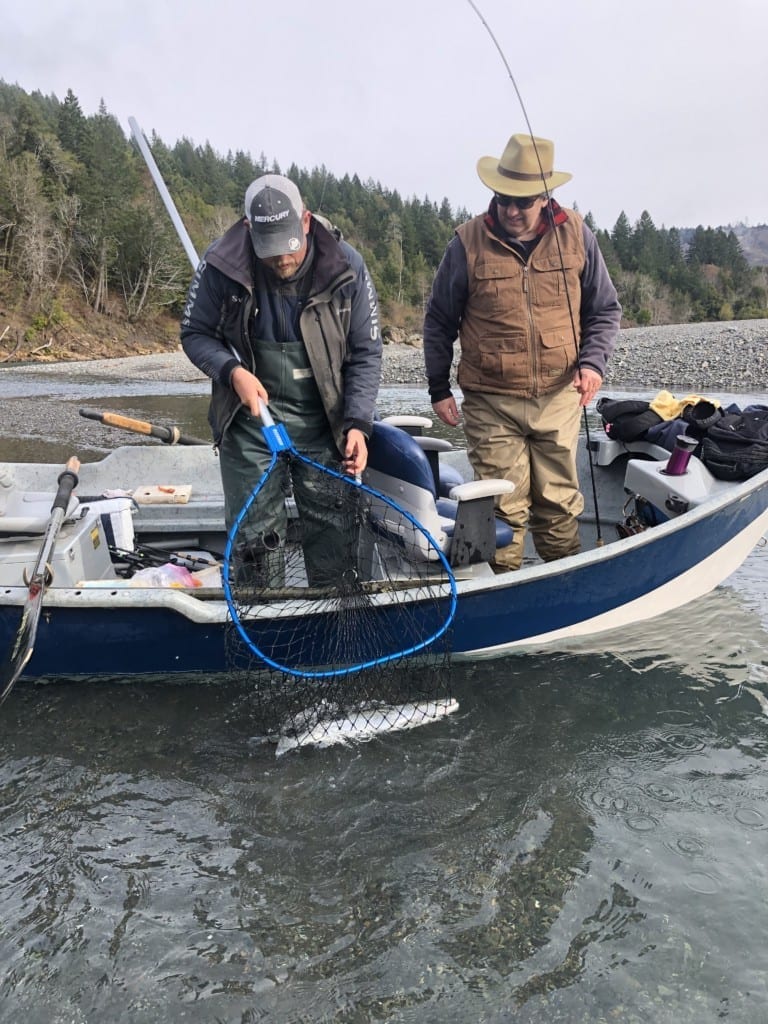 Steelhead fishing is best on the Chetco in January and February, but fish are around from mid-December through March. Late in the season, there is a mix of fresh fish and spawned out steelhead heading back to the ocean. Big fish can be caught any time during the season. 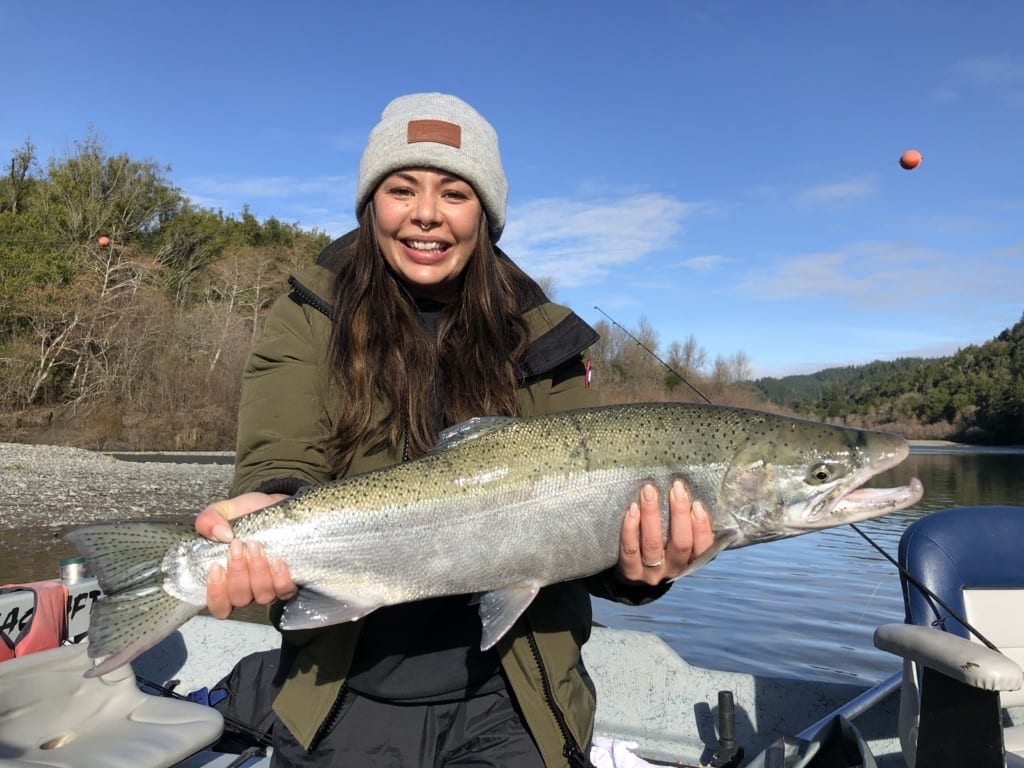 Andy Martin is a full-time fishing guide and charter boat captain based in Brookings, Ore. He has fished the Chetco for more than 30 years. Visit www.wildriversfishing.comor www.brookingsfishing.com to learn more.